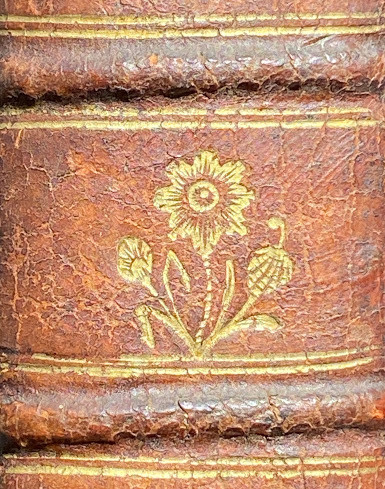 Preface by Benjamin Stillingfleet. First edition of a work which marks the establishment of Linnean principles of botany.

An important English advance in the scientific classification of plants: the first edition of a work which "marks the establishment of Linnean principles of botany in England, and their application to practical use". (Sir James Edward Smith, founder of the Linnean Society).

A second expanded edition was published in 1778, but the first edition is now quite rare on the market. Henrey notes that this work is the first published in England which used "the Linnean nomenclature as well as the Linnean system of classification" (Henrey II, p.89). "The work long remained the essential manual of British botanists [Gilbert White owned a copy], and it was so popular that when it became scarce, a copy sold for nearly twenty times the original price" (Henrey II, p.111).

Hudson "was educated at Kendal grammar school, and apprenticed to a London apothecary. He obtained the prize for botany given by the Apothecaries' Company, a copy of Ray's Synopsis; but he also paid attention to mollusca and insects. In Pennant's British Zoology he is mentioned as the discoverer of Trochus terrestris. From 1757 to 1768 Hudson was resident sub-librarian of the British Museum, and his studies in the Sloane herbarium enabled him to adapt the Linnean nomenclature to the plants described by Ray far more accurately than did Sir John Hill in his Flora Britannica ...  In 1761 Hudson was elected a fellow of the Royal Society, and in the following year appeared the first edition of his Flora Anglica, which, according to Pulteney and Sir J. E. Smith, "marks the establishment of Linnean principles of botany in England." Smith writes that the work was "composed under the auspices and advice of" Benjamin Stillingfleet. Hudson, at the time of its publication, was practising as an apothecary in Panton Street, Haymarket, and from 1765 to 1771 acted as 'praefectus horti' to the Apothecaries' Company at Chelsea. A considerably enlarged edition of the Flora appeared in 1778; but in 1783 the author's house in Panton Street took fire, his collections of insects and many of his plants were destroyed, and the inmates narrowly escaped with their lives. Hudson retired to Jermyn Street. In 1791 he joined the newly established Linnean Society. He died in Jermyn Street from paralysis on 23 May 1793, being, according to the Gentleman's Magazine, in his sixtieth year. He bequeathed the remains of his herbarium to the Apothecaries' Company. Linnaeus gave the name Hudsonia to a North American genus of Cistaceae." (wikipedia)