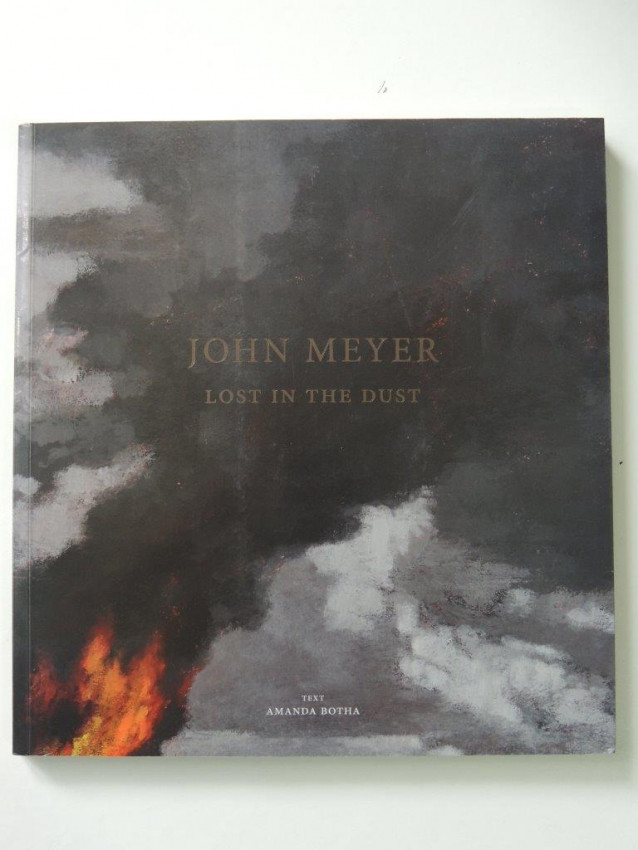 Lost in the Dust – Signed by John Meyer

“Lost in the Dust” is a powerful exhibition celebrating a series of narrative paintings of the Anglo-Boer War by John Meyer, South Africa’s leading contemporary realist artist.”

Memories of the Anglo-Boer War, fought more than a century ago (1899-1902), are etched into the collective and unconscious memory of many South Africans. Much of Meyer’s work has a strong filmic content, creating a world we want to participate in.

The artist’s task is to continually remind us that the obvious can also be questioned. The war was won, yet everybody lost. Everything was reduced to dust, and humanity and inner power indeed left a ray of hope for a better future in the wide and sorrowful land.

John Meyer was born in 1942 in Bloemfontein, South Africa, and studied at the Johannesburg Technical College School of Art before joining an advertising agency. In 1967, Meyer settled in London, where he carried on his studies in art while working as a freelance illustrator.

He completed a body of fifteen works set during the Anglo Boer War, titled Lost in the Dust. The exhibition offered an intimate and compelling look at how war affects the lives of those swept up in it. The paintings are not historical, but a collection of completely fictitious, imaginative narratives, woven into a multi-layered realm that deals with the tragedy of war. The collection combines Meyer’s talents for landscape and narrative in a unique body of works.

Meyer is regarded as the leading figure in the realist movement in southern Africa. Decidedly contemporary in his unique vision and as a student of modernism in all its guises, Meyer has maintained a considered commitment to representational painting. Concerned with the complexities of visual perception and their solutions, his paintings are not mere representations of existing places and things, but exist as indelible retrospection, like total recall.

Meyer describes his paintings as being ‘made’. Each layer of tension or emotion is built up over a mental and physical process, creating a credible, charged and tangible event in each of his paintings. He presents us with strikingly real illusions, all distinctly familiar, yet ultimately invented. They are imagined archetypes rather than specific events. His most recent narrative genre, exploring the complex currents of human relationships, captivates his viewers. Few other artists inspire such commentary. Rarely are interpretations the same. Everyone has their own judgement and somehow the relationships continue to change with every inspection or even passing glance. There is fluidity, an evolving drama, a very real atmosphere.

He later developed these into a series of separate but related views of the same reaction. These ‘Sequential Narratives’ explore the nature of intimacy between men and women. The series reflects his interest in compositional interaction rather than conventional realism and displays his traditional visual hallmark – a tight theatrical control of the painted surface. Meyer is a master of staging, plot and lighting and there is a quality to the paintwork that reinforces the themes of emotional ambiguity between the protagonists in the paintings.

Building on this process, in recent years Meyer has concentrated on several series, his own take on celebrated lives and historic events.

THE JOURNALS OF CAPTAIN JAMES COOK ON HIS VOYAGES OF DISCOVERY

Hunting Camps in Wood and Wilderness