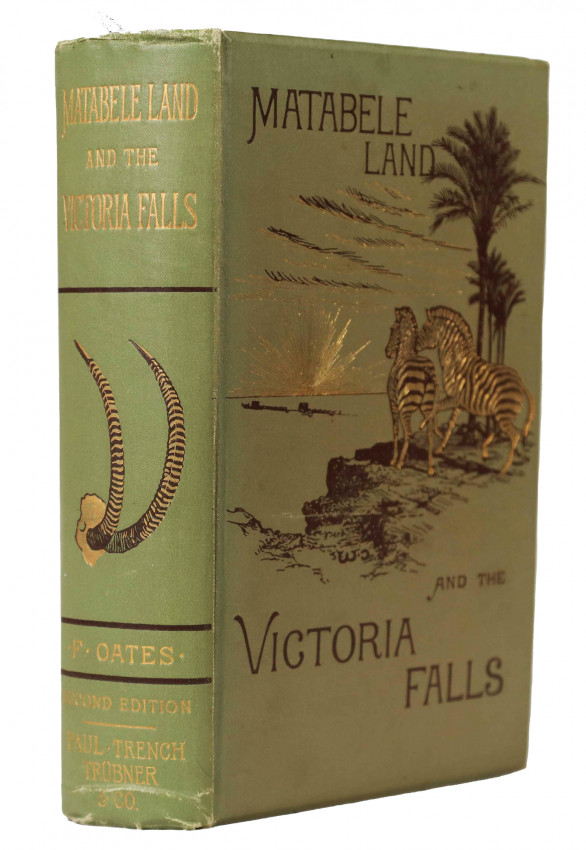 MATABELE LAND AND THE VICTORIA FALLS

A Naturalist's Wanderings in the Interior of Southern Africa,

From the letters & journals of the late Frank Oates, F.R.G.S.

Second edition: xlii + 433 pages, frontispiece portrait, 4 folding maps – the large map at the back of the book has been clumsily folded, 14 lithographs (of natural history subjects including 2 of birds by Keulemans) all but one hand coloured, 6 chromolithographic plates, woodcut vignette on title page, 38 woodcuts in the text, book plates of different members of the Oates family on the front end papers, original green richly decorated cloth with gilt decoration on both covers over bevelled boards, titled gilt on the spine, starting to wear at the hinges, uncut edges with light foxing on the page edges, a good copy of the second and best edition with the additional plates and appendix.

Mendelssohn (Sydney) South African Bibliography, volume 2, page 112, '...accompanied by his brother, Mr. W.W. Oates, (he) sailed for South Africa in March 1873. The brothers fitted out their expedition at Maritzburg, and travelled through the Transvaal and Bechuanaland, visiting the Tati district, soon after which Mr W.E. Oates returned to England. Frank Oates proceeded to Bulawayo, and he gives an interesting account of Matabeleland at this period. He was well received by Lobengula, who gave him considerable assistance, but owing to many delays he made several unsuccessful attempts to reach the falls and did not arrive there till the last day of the year 1874; soon after which he was attacked by fever and died on the return journey to Tati early in February 1875. His account of Matabeleland is one of the best of the earlier modern works on the country, and the volume possesses a number of coloured and chromo plates. The appendices contain an article on South African Ethnology by Dr. George Rolleston, and catalogues and descriptions of the ornithological, botanical, and entomological collections formed by Mr. Oates.' One of the chromolithographic plates is a particularly fine view of the Victoria Falls (Western extremity). 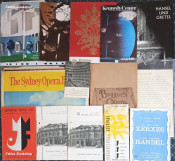