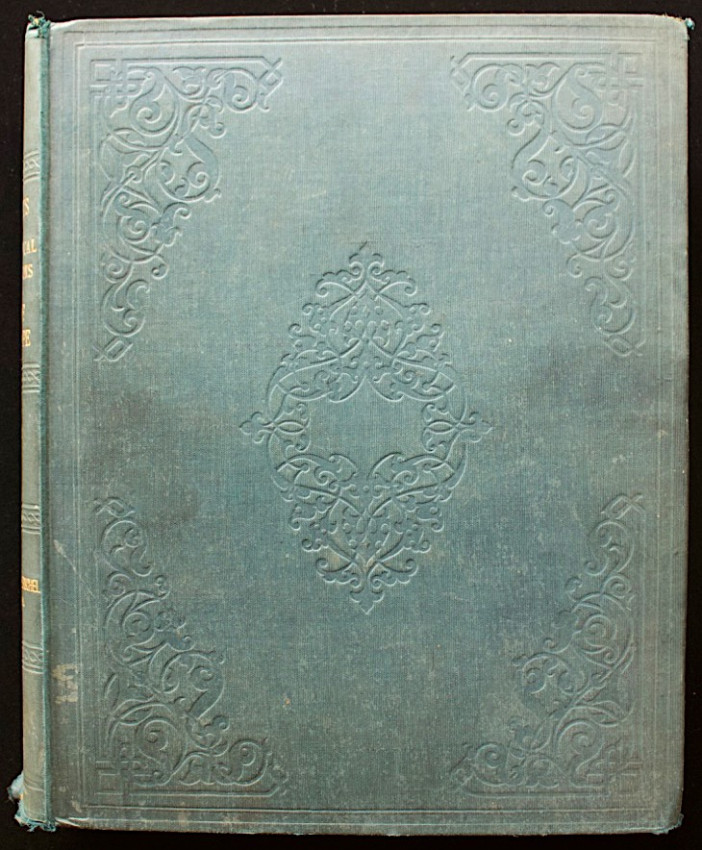 Being A Completion of a Telescopic Survey of the Whole Surface of the Visible Heavens, commenced in 1825

"With this monumental survey of the stars of the southern hemisphere, Herschel completed the task begun by his father William, who fifty years earlier had catalogued the northern celestial hemisphere. Using a twenty foot reflecting telescope, which he erected just south of Cape Town, Herschel swept the whole of the southern sky, cataloging nebulae, cluster and binary stars, carrying out the counts of over 68,000 stars. He made detailed drawings and maps" (Honeyman 1663).

"Herschel stands almost alone in his attempt to grapple with the dynamical problems presented by star-clusters, and his analysis of the Magellanic Clouds was decisive as to the status of nebulæ" (Oxford DNB).

"By the end of 1842 [Herschel] had performed without assistance the computations necessary for the publication [in this work] of his Cape observations. In September 1843 the letterpress was fairly begun,' and after some delays the work appeared in 1847, at the cost of the Duke of Northumberland, in a large quarto volume, entitled "Results of Astronomical Observations made during the years 1834-8 at the Cape of Good Hope.' Besides the catalogues of nebulæ and double stars, it included profound discussions of various astronomical topics, and was enriched with over sixty exquisite engravings. He insisted in it upon the connection of sun-spots with the sun's rotation, and started the 'cyclonic theory' of their origin. Herschel investigated graphically the distribution of nebulæ, but fluctuated in his views as to their nature. Regarding them in 1825 as probably composed of 'a self-luminous or phosphorescent substance, gradually subsiding into stars and sidereal systems', he ascribed to them later a stellar constitution, and finally inclined to suppose them formed of 'discrete luminous bodies floating in a non-luminous medium".

The Lord of the Rings (first one-volume illustrated edition)