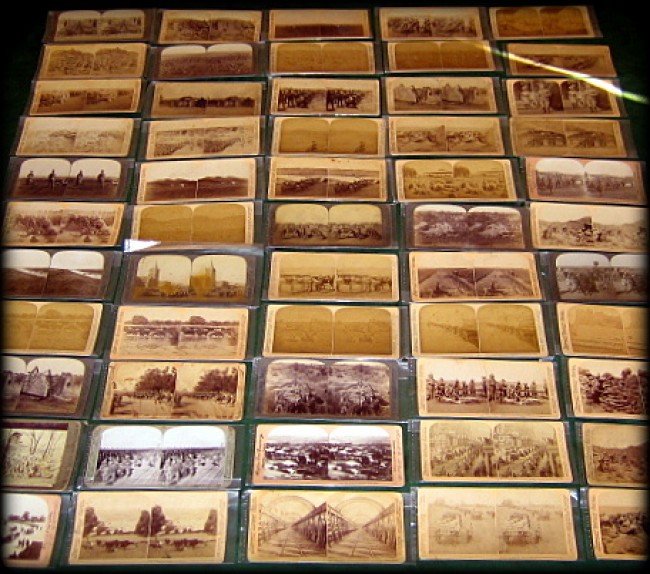 1) "When the Cannon's roar is still" - sleeping by their arms. Dec. 30th before Colesberg.

3) Guns from the Warships, firing on the Pretoria Forts.

4) The Sad Roll Call after some of the British were cut off at Dordrecht (Dec. 30th)

6) Gallant storming of a Boer Kopje by the Suffolks, at Colesberg. Dec.31st - Praised by Gen. French.

7) The 9th Division on the march to Bloemfontein - a few minutes rest - Lord Roberts Campaign.

8) A wayside rest and luncheon - the Coldstream Guards on the great Transvaal Campaign.

9) Some native grooms of the Cavalry remounts, Bloemfontein.

17) Lord Roberts' Infantry crossing the Zand River - Baloon watching ahead for the Boers.

18) Looking over the 12th Brigade Camp and Signal Hill, Slingersfontein.

21) British heliographing from the Johannesburg Fort the news of the occupation.

23)Draught Bullocks just captured by Gordon Hussars from a Boer Laager on the Modder (Feb. 13).

24) "Mutton Chops" for Tommy Atkins - Sheep in the Square at Kroonstadt.

25) A Glimpse of the Lord Mayor's Own at Naauwpoort Junction.

27) Camp at Slingersfontein. Many fights occurred in the distant hills.

28) Wagon Horse Picket at De Aar - fifty per cent of these animals died in six weeks.

31) Trenches on north bank of Tugela, from which Boers repulsed the Irish Brigade's desperate charge, Battle of Colenso.

34) Royal Engineers repairing a Railway destroyed by the Boers - Kroonstadt.

36) Transport Teams and Oxen watering in the Velck River - on the march to Pretoria.

39) Getting a Transport Wagon up the north bank of the Modder, Feb. 13.

41) Handiwork of the retreating Boers, destroyed Railway Bridges over the Vet River - Lord Roberts' Campaign. (As number 14 but sharper with more contrast)

42) The British Army marching into Kroonstadt before Lords Roberts and Kitchener.

My Experiences of the Boer War