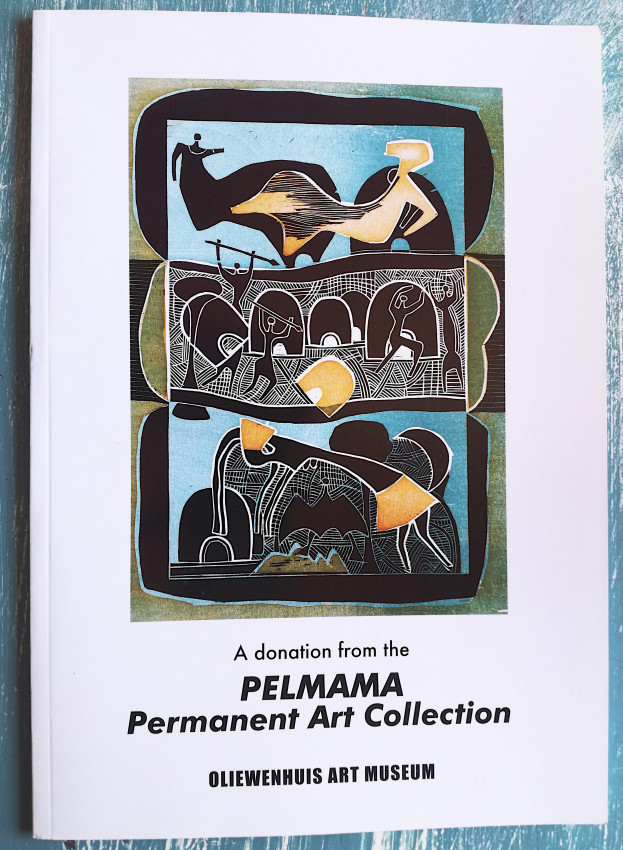 Scarce. I have had the PELMAMA catalogue listing the donation to the Pretoria Art Museum, but this is the first time I have seen a cataloguing of the donation from PELMAMA to the Oliewenhuis.

Oliewenhuis Art Museum, a satellite of the National Museum in Bloemfontein received a major donation of 268 works of art by South African artists which formed part of the original PELMAMA Permanent Art Collection, from The Haenggi Foundation Incorporated.

The collection of South African artworks produced between 1970 and 1990 arrived in Bloemfontein on 4 May 2006 and now makes up the museum's permanent collections.

56 pages. Some minor shelf wear on the back cover, only visible because it is a glossy black. Otherwise in excellent, clean, unread condition.