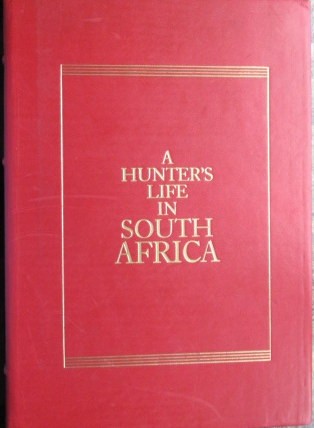 This De Luxe red leather edition published in a limited edition of 500 copies, this being numbered 004. Deep red leather with gilt blocking and outline to upper board, and gilt decorations and spine titles. Marbled endpapers, reading ribbon, upper headband with gilt edges.

A hunter and sportsman from boyhood, Cumming was in his element in South Africa, which was a regular hunter's paradise in the first half of the nineteenth century. His youth was passed in the county of Moray, and after finishing his education at Eton, he joined the 4th Madras Light Cavalry. In 1839 he sailed to India and, touching at the Cape, had a "foretaste" of the splendid sport that he was to enjoy there in later years. The climate of India did not agree with him, and he left that country and spent a few years hunting in Scotland and America, where he obtained a commission in the " Royal Veteran Newfoundland Companies."

He exchanged into the " Cape Riflemen" in 1843, and after some uneventful months spent under Colonel Somerset in Kaffraria, he sold out of the army and decided(to use his own words) "to penetrate into the interior farther than the foot of civilised man had yet trodden- to vast regions which would afford abundant food for the gratification of the passion of my youth-the collecting of hunting trophies and objects of interest in science and natural history."

Cumming started on October 23rd 1843, from Grahamstown, in the direction of Albany and the Great Fish River, and passing through Craddock, soon found himself in a country which was absolutely teeming with game, "not with herds, but with 'one vast herd' of springboks; far as the eye could strain, the landscape was alive with them." He got on well with Boers, and remarks, " It is a strange thing that the Boers are partial to a Scotchman, although they detest the sight of an Englishman. They have an idea that the Scotch, like themselves, were a nation conquered by the English." His attire when shooting greatly astonished the Dutchmen, as he "wore neither trousers or leggings, and went about in a kilt, leaving his legs bare."

After a surfeit of springbok hunting, the author proceeded to the Orange River and Griqualand West, and soon after met Messrs. Murray and Oswell, and later, on arriving at Kuruman was welcomed by Mr. Moffat. After a few days stay at Kuruman he recommenced his travels, and soon met David Livingstone, who gave plenty of information respecting hunting and exploring. 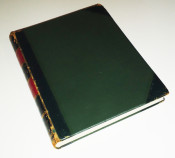 A BREATH FROM THE VELDT 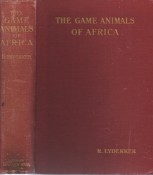 The Game Animals of Africa