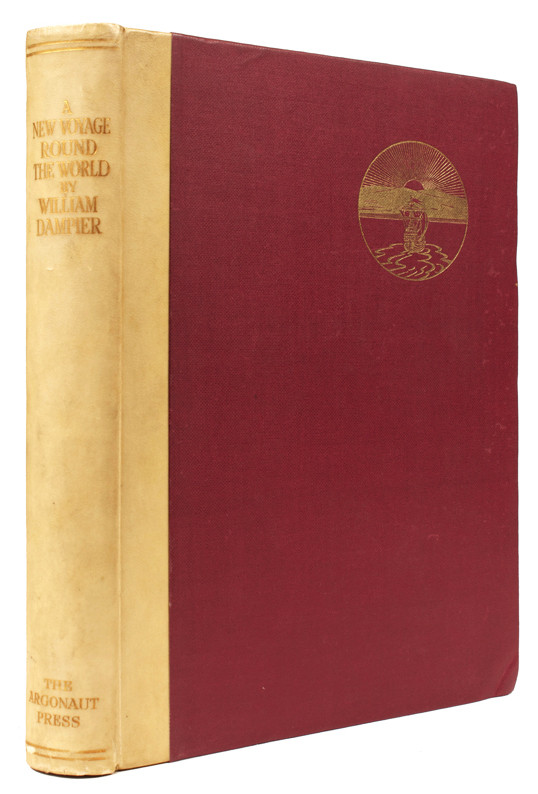 A NEW VOYAGE ROUND THE WORLD (Limited edition)

With an introduction by Sir Albert Grey

The colophon reads: This edition of A New voyage round the world is the second publication of the Argonaut Press and is limited to 975 copies on Japon Vellum numbered 1 to 975. The original design appearing on the title page is by William Monk. The volume has been printed by Walter lewis at the University Press Cambridge, in 1927. This copy is number 795.

William Dampier (1651- 1715) was an English explorer, pirate, and navigator who became the first Englishman to explore parts of what is today Australia, and the first person to circumnavigate the world three times. He has also been described as Australia's first natural historian,as well as one of the most important British explorers of the period between Sir Walter Raleigh and James Cook.

After impressing the Admiralty with his book A New Voyage Round the World, Dampier was given command of a Royal Navy ship and made important discoveries in western Australia, https://en.wikipedia.org/wiki/William_Dampier