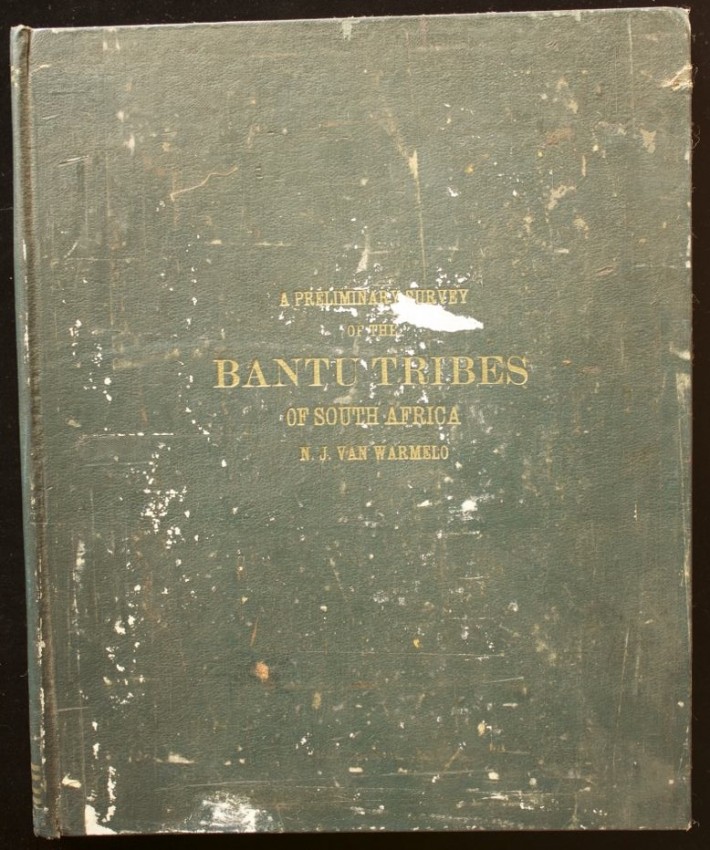 A Preliminary Survey of the Bantu Tribes of South Africa

Contents clean except for five circular stamps in text of the old Pretoria City Council Native and Asiatic Administration Department.

Publisher's original dull blue buckram as issued with some markings on the front and rear panels, but binding remains tight and contents in good condition.

A scarce volume in the series as only 800 copies were printed. Written and compiled by the Government Ethnologist N. J. van Warmelo.

Contains detailed charts and statistics on the distribution of the native populations throughout South Africa, including names of tribes and chiefs and taxpayers etc.

Part II. Distribution of the Native Population (Provinces and Districts).