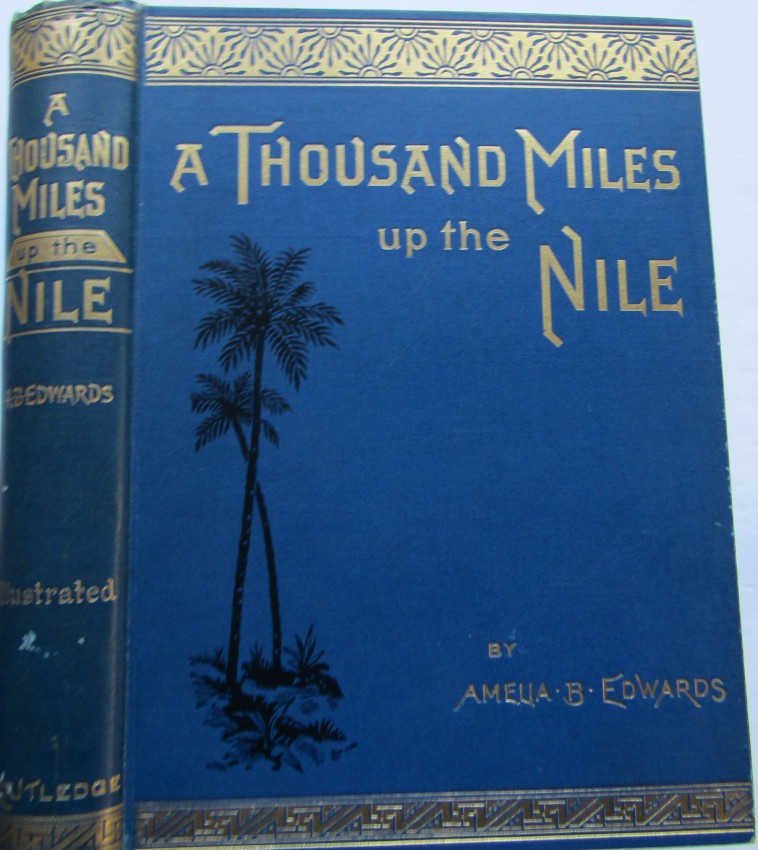 A Thousand Miles up the Nile

"with upwards of seventy illustrations engraved on wood by G. Pearson after finished drawings executed on the spot by the author".

Name and date on front endpapers.

the land and its cultures, ancient and modern. Journeying

southwards from Cairo in a hired dahabiyeh (manned houseboat),

where they remained for six weeks. Renshawe remained among

her travelling companions. Another party member was the English

that came to bear his name for some time afterwards. Their boat

joined in a flotilla with another female English traveller, Marianne

JOURNAL OF THE DISCOVERY OF THE SOURCE OF THE NILE