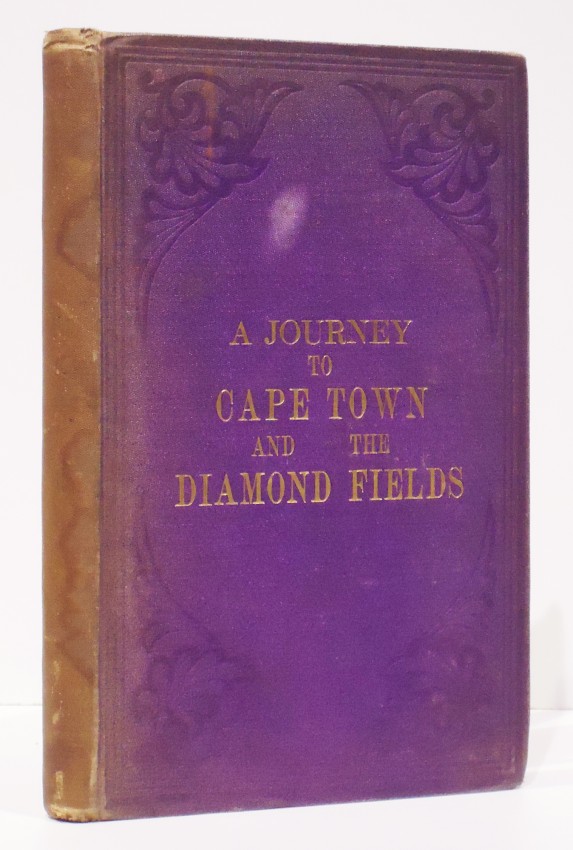 A VOYAGE FROM SOUTHAMPTON TO CAPE TOWN (Presentation Copy)

In the Union Company's Mail Steamer "Syria," the quickest passage out on record;

one thousand miles cruise along the coast, two thousand miles journey through Kaffir-Land, &c. &c.; also a description and Illustrations of the Diamond Fields, the trip back through Griquas Territory, Calesberg, Graafreynet, Beaufort, Worcester, the Paarl, to Capetown.

An account of the voyage back, the quickest passage home ever made.

With an illustration of the Syria, and a track chart of the journey both ways

First edition: 218 pages and several pages of commercial advertisements at the front and back, tinted lithographic frontispiece of The Union Company’s S.S. “Syria,” 3 tinted lithographic plates, chart of the voyage out and home showing the daily runs, original brown cloth blind stamped on both covers and titled gilt on the upper cover, the spine is starting to fade, a very good copy.

The presentation inscription on the title page reads: Presented to F. Harris Esq. By the author with his respects and compliments.

Cover title: A journey to Cape Town and the Diamond Fields

Mendelssohn (Sidney) South African Bibliography, pages 320/1, ‘A curious little volume, written throughout in the second person. The author left England on May 25, 1871, in the S.S. Syria, and arrived in Table Bay on the 21st of June, which constituted a record for the outward passage, and there is a short account of Cape Town and other southern ports, and of the Cape Colony and Natal. The most interesting part of the work, however, is the description of the diamond fields, and the journey up country. Captain Chapman took the East London route, via King William's Town, Burghersdorp, and Fauresmith, and a short stay being made at Jagersfontein, he gives a few details regarding that mine at a period when “you could get a claim for about a pound a month.” En route to the Griqualand West diamond fields, the traveller stopped at a Dutch farmer's tent, and there is a quaint description of the beauties of the farmer's daughter.

Although written in a homely chatty style, much information is afforded in this little book, and the description of Dutoitspan “in the early days” is both graphic and animated. Kimberley appears to have been unknown under that name, but the “New Rush” and De Beers' were fully recognised as wealthy mines, and there is a “digger's page” respecting the latter mine, which gives the names of the old pioneers. The place is depicted as in a hubbub of excitement, and the population is stated to have amounted to 50,000 people, an estimate which probably included the River diggings. It would appear, however, that claims could still be bought at extremely low prices, in spite of the wonderful finds of the diggers. Among other interesting items is the story of the robbery of the “New Rush” post-office, and it would seem that, despite the valuable nature of the mail, the post-office was not only not guarded, but even the windows were not secured, and the thief had merely to put his hand through, take “the packet which seemed the heaviest,” and calmly walk away.

Mention is made of the sales of diamonds by auction at Port Elizabeth, which appeared to be the method of disposal adopted by the local firms. It is recorded that, during part of a month, 23,449 carats were offered for sale, and it is interesting to note that the diamonds averaged over two carats each in weight.’ 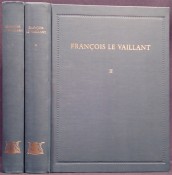 A Journey To The Source Of The River Oxus 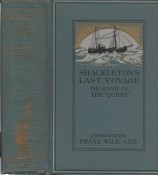