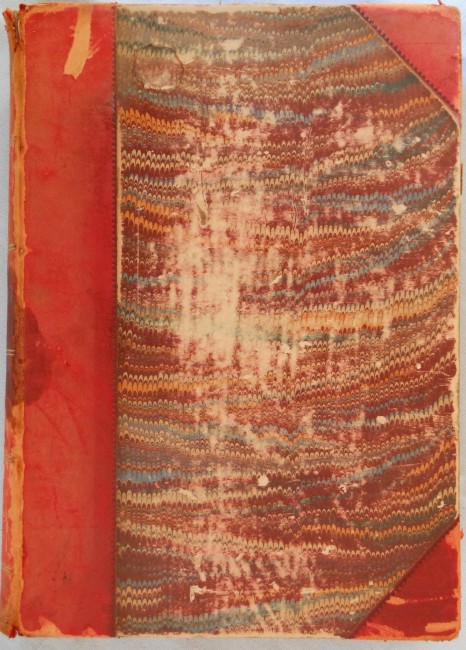 Across East African Glaciers: an Account of the First Ascent of Kilimanjaro

A Hardcover Quarto (180x248mm) book in a rather battered library binding, but with the contents in exceptionally good condition; 20 preliminary pages plus 404 pages of text including detailed appendices on the geology, geography, selected flora and insects of the region, and an index; chromolithographed frontispiece, 8 tipped in photographs, 12 photogravure plates and 19 line drawings in the text; 3 coloured fold-out maps. The frontispiece and eight photographs were printed in Germany. There are small library stamps on the front inner end-paper, the back of the frontispiece and the first page of the preface.

Regarded by many as the most important book on mountaineering in Africa. Translated from the German by E.H.S. Calder, the book documents the first undisputed ascent of Kibo Peak, the highest point in Africa. Mount Kilimanjaro has three peaks, Shira, Mawenzi and Kibo, the latter being the highest. Dr. Meyer was a geologist and experienced climber who made several trips to the Kilimanjaro region between 1887 and 1889, culminating in his successful ascent to the Kibo peak. In 1887, during his first attempt to climb Kilimanjaro, Meyer reached the base of Kibo, but had to turn back, as he did not have the equipment necessary to handle the deep snow and ice of the peak. The following year, Meyer planned another attempt with the cartographer Oscar Baumann, but the mission was aborted due to an Arab revolt. In 1889, however, Meyer returned to Kilimanjaro with the celebrated Austrian mountaineer, Ludwig Purtscheller, for another attempt. Their climbing team included two local headmen, nine porters, a cook, and a guide. Meyer and Purtscheller finally reached the summit on the southern rim of the crater on Purtscheller's 40th birthday, October 6, 1889. Meyer named this summit "Kaiser Wilhelm Spitze" (now known as Uhuru Point). In Meyer's honour, the highest summit of Mawenzi is still known as Hans Meyer Peak. The summit of Kibo wouldn't be climbed again until 20 years later. Meyer's eventual success has been attributed to his recognition that the greatest obstacle to achieving the summit was the lack of food in the upper regions. In his final climb he established several camps on the mountain, and was able to make a number of attempts at reaching the summit without descending to the base. This is a lively and highly readable account of the expedition.