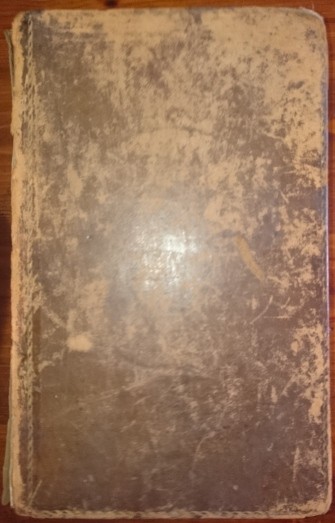 With a Full Development of All the Extraordinary Circumstances Which Led to the Discovery of Her Body in the Red Barn, To which is added, the TRIAL OF WILLIAM CORDER, taken at large in short hand specially for this work with AN ACCOUNT OF HIS EXECUTION, DISSECTION etc, and many interesting particulars relative to the village of Polstead and its vicinity; THE PRISON CORRESPONDENCE OF CORDER and fifty three letters, in answer to his advertisement for a wife.

The Red Barn Murder was a notorious murder committed in Polstead,  Suffolk,  England,  in 1827. A young woman, Maria Marten, was shot dead by her lover, William Corder. The two had arranged to meet at the Red Barn, a local landmark, before eloping to Ipswich. Maria was never heard from again. Corder fled the scene and, although he sent Marten's family letters claiming she was in good health, her body was later discovered buried in the barn after her stepmother spoke of having dreamt about the murder.

Corder was tracked down in London, where he had married and started a new life. He was brought back to Suffolk, and after a well-publicised trial, found guilty of murder. He was hanged in Bury St Edmunds in 1828; a huge crowd witnessed Corder's execution. The story provoked numerous articles in the newspapers, and songs and plays. The village where the crime had taken place became a tourist attraction and the barn was stripped by souvenir hunters. The plays and ballads remained popular throughout the next century and continue to be performed today.

James Curtis (1828–1835) was a British journalist and eccentric. He is best known for his association with William Corder, hanged for the Red Barn Murder.Curtis was a habitué of the Old Bailey, taking notes of court cases apparently for his own interest rather than as a regularly commissioned journalist. He invented his own shorthand for the purpose. He was known for his eccentric behaviour, fondness for long walks and insomnia.He befriended William Corder after taking an interest in the Red Barn case, and sat by him during his trial: indeed, he became so connected with the case that a newspaper artist, asked to produce a picture of the accused man, drew him instead. Curtis carried out a thorough survey of the case and published what is regarded as the best contemporary account of the trial.

A COMPENDIUM OF KAFIR LAWS & CUSTOMS