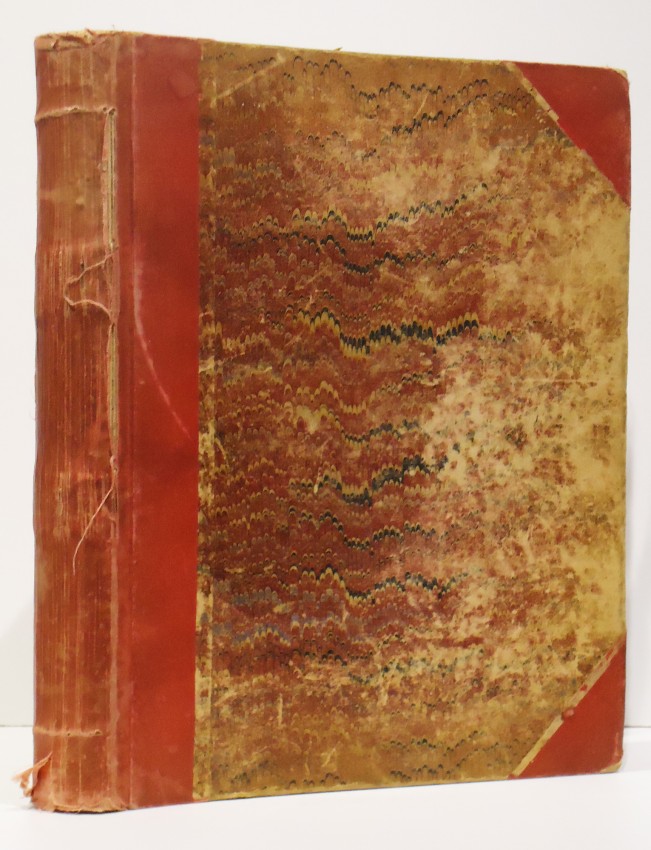 288 sepia toned photographs depicting various scenes during the Boer War. They all have handwritten captions, but no dates.

They comprise mainly of photographs 80 x 80 mm, several are 120 x200mm and four are 150 x 200 mm. The photographs are in good condition pasted on the recto of 64 leaves - 20 further leaves are either blank or have a scenic photo pasted on them. The album is half red leather with marbled boards, which is very worn.

From information supplied with the album: This collection belonged to Lieut. Col. John Creagh Scott DSO, OBE who served in the Argyll and Sutherland Highlanders in the South African War.

All the photographs in the Collection were taken by a Kodak Camera. He was in G Company, and his earlier commission was dated 1st March 1898 and the other was on 17th October 1899. The name - J. C. Scott is written on the front pastedown endpaper with his details 1st Battalion Argyll & Sutherland Highlanders.

With the invention of the half-tone process in the 1880s came the ability to reproduce photographs directly in print media. Fast on the heels of this printing revolution, in 1888, came the launch of Kodak's box camera, which used rolled paper film, and made the art of photography accessible (at a price) to all. Specifically aimed at the amateur market, Kodak's cameras meant that at the outbreak of the Anglo-Boer War of 1899-1902 many soldiers possessed cameras and used them freely at any opportunity. Coupled with a large number of professional photographers, commissioned by specialist magazines such [as]Black and White Budget or Navy and Army Illustrated, the number of cameras in that theatre of war means that there are today many more photographs from the Anglo-Boer War than from the Anglo-Zulu War of just twenty years earlier. Indeed, the sheer number of photographers unfortunately means that many of their names are sadly now lost to history. Importantly, however, the reproduction of their photographs in print means that the historic images they took have fortunately survived. http://samilitaryhistory.org/vol161sm.html