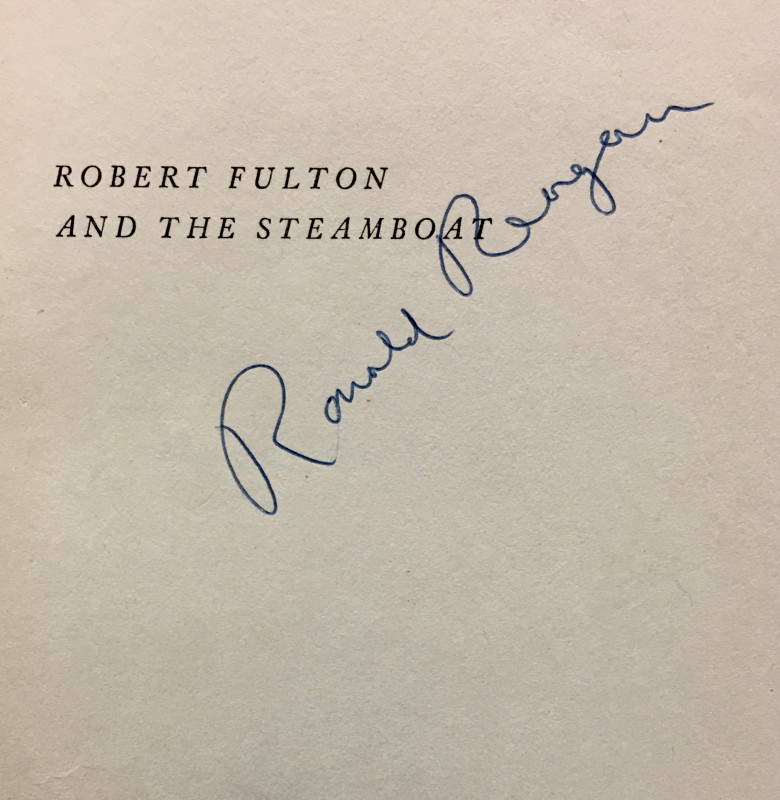 When steam-powered vessels began to eclipse sailing ships in the latter part of the 19th Century, it was largely the result of pioneering work by two Americans, John Fitch and Robert Fulton.

A Random House Landmark book on Fulton boldly signed by President Ronald Reagan on the half-title. Please see the images.

Some wear but generally VG;  dust jacket chipped at corners and spine ends; title list on back cover has ink check marks.