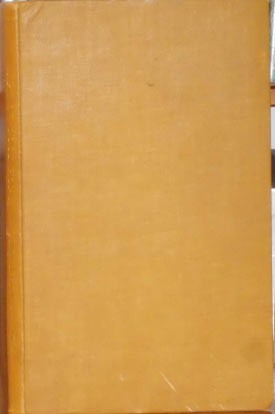 Important and rare volume by the author, who had access to the archives and source documents of the VOC when he compiled this report. This volume contains matters relating to the Cape, Madagascar and Mauritius. The first chapter deals with the discovery and early European arrivals, as well as outlying areas. The next describes the Company Gardens, botanical matters as well as the administrative structure of the settlement, and lists of administrative personnel at the Cape. The next handles the free burghers and burghers and health matters. The fourth chapter contains the first printed version of Governor van der Stel's 1685 journey to Namaqualand, as well as the journal of Landrost Starrenburg's trek up north in 1705. The next chapter deals with the Hottentots, their economy and lifestyle, as well as a vocabulary of their language. The next chapter is once more dealing with early European interaction at the Cape until the then present time. Included is a short description of Mascarene islands. A full chapter is devoted to Mauritius, its discovery, colonisation, fauna and flora. The last chapter once more deals with the Cape and its religious structures.

A valuable snapshot of early 18th century Cape - some seventy years after the arrival of Europeans.

The book has been re-bound in plain brown linen and endpapers have been repaired. Generally in good, clean condition, especially folding plates and maps, but one major defect is the presence of (NOT LIVE) bookworm damage between pp 117-160 in the bottom right-hand corner of the textblock. Most tunneling is minimal, but some tracks are up to 50 mm long - none obliterating any significant amount of text. The maps & illustrations are not affected.