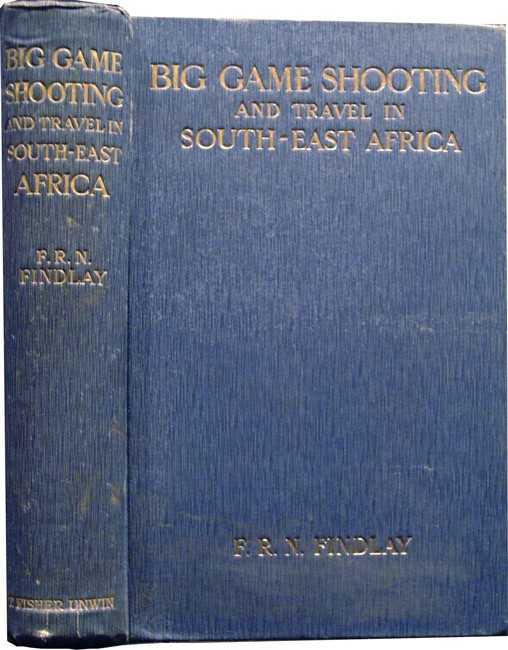 xii, 313 pages, the frontispiece, which is printed on grey paper, is lightly foxed, 16 full-page plates and numerous  illustrations in the text, folding map. Original blue cloth with gilt titling on spine and upper cover, top edge gilt, the two free endpapers at the end are scarred by insects, contents bright, a good copy.

Czech: An annotated Bibliography of African Big Game hunting Books, 1785 to 1950 pages 57, ‘Findlay trekked through the virtually unknown recesses of the vast swamp and forest lands of Portuguese Southeast Africa and along the Urema and Massarara rivers. The game encountered included buffalo, waterbuck, hartebeest, lion, leopard, reedbuck, and other game. He then traveled to Zululand and bagged black rhino, buffalo, kudu, hippo, and inyala near the Manzibomvu River. Findlay also describes a springbok and ostrich hunt in the karoo country of Cape Colony. Though an ardent sportsman, he also realized the limits of wild game in Africa and argues for the preservation of habitat and maintaining healthy numbers of game animals.’