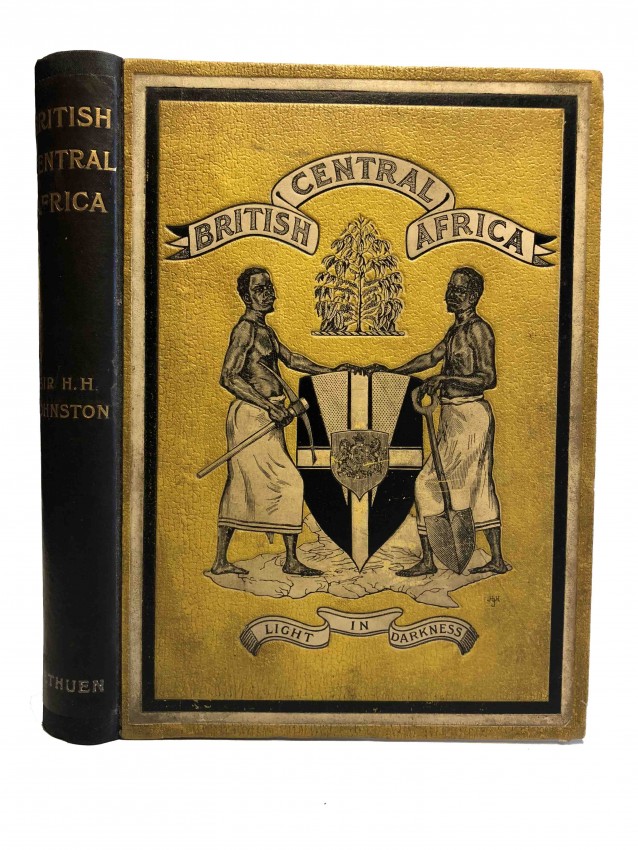 Sir Harry Hamilton Johnston, (born June 12, 1858, London - died Aug. 31, 1927, Woodsetts House, near Worksop, Nottinghamshire), British explorer, botanist, zoologist, artist, and pioneer colonial administrator. Widely travelled in Africa and speaking many African languages, he was closely involved in what has been called the Scramble for Africa by 19th-century colonial powers. He published 40 books on African subjects and from 1891 to 1895 served as the first British consul general and commissioner in Nyasaland (now Malawi).

He gained his early African experience as a painter, natural-history collector, and freelance journalist. He was in Tunis (1879–80) and then travelled through Angola and up the Congo River (1882–83). On a botanical expedition to Mount Kilimanjaro in eastern Africa, he obtained a land concession that helped draw the frontiers between British and German territories in that region. Joining the consular service in 1885, he spent three years administering a British protectorate in eastern Nigeria. Between 1888 and 1891 he exercised much influence on British African policy and obtained the treaties on which the United Kingdom based its claims to Nyasaland and Northern Rhodesia. Johnston was knighted in 1896. He served two years as consul general in Tunis and then was special commissioner in Uganda (1899–1901).https://www.britannica.com/biography/Harry-Hamilton-Johnston

Rebacked with original covers and most of original spine, wit original animal print end papers, pictorial mustard and black cloth titled gilt on the upper cover, illustration of a bird laid down on the back cover, gilt top edge, ex-libris pasted down inside front endpapers. Some foxing in prelims as well as on the eterior of 1 of the fold-out maps. African Society stamp on title page and signed on dedication page.

Rise of Meritocracy 1870-2033. An Essay on Education and Equality

The Black Homelands of South Africa: The Political and Economic Development of Bophuthatswana and&hellip;