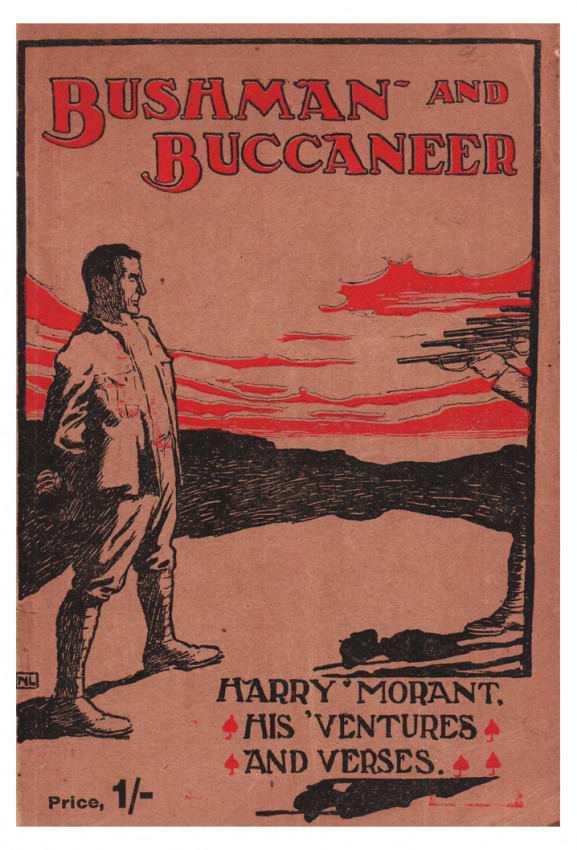 Harry Morant: his Ventures and Verses

With many illustrations and a map showing the Bushveld Carbineers operations.

First edition: 63 pages, illustrations, portraits, map, original pictorial brown wrappers,tear at the top of page 63 which does not affect text, foxing on the page edges, a good copy

South African Bibliography volume 4 page 21: Biography of Harry Morant, and some poems written by him He Joined the South Australian Mounted Rifles and came to South Africa during the South African War. Court martialled and condemned to death (for shooting the Boers instead of taking prisoners) and sentence carried out Feb 25 1902.

Extracted from the Australian Dictionary of Biography: Sir Frank Ignatius Fox (1874-1960), journalist and Imperialist, was born on 12 August 1874 at Kensington, Adelaide, second son of Charles James Fox, journalist, and his wife Mary Ann, née Toole. He moved to Hobart in 1883, when his father became editor of the Tasmanian Mail, and was educated at Christ's College. At an early age he wrote paragraphs for his father's paper.

In 1895 Fox became editor of the Bathurst National Advocate and supported Federation. In 1898 he could not pay debts incurred by the illness of his wife and himself; he was released from bankruptcy in July 1900. Meanwhile he had returned to Sydney and worked for the Daily Telegraph and Truth. Fox joined the staff of the Bulletin in 1901. Next year, as 'Frank Renar', he published Bushman and Buccaneer, a memoir of Harry 'the Breaker' Morant.
http://adb.anu.edu.au/biography/fox-sir-frank-ignatius-6229

Only one copy listed in A South African Bibliography

ENVIRONS OF THE GOLDEN CITY AND PRETORIA