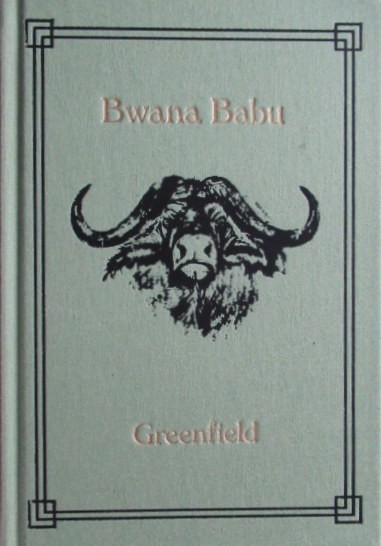 I've never been on an African safari, but I've known several outdoor writers who have. They all concur that those who hunt dangerous big-game animals represent a breed apart. They delight in the challenge of the hunt, of course, but they relish equally the companionships that are formed along the way, especially among their guides and trackers.

Dr Joseph Greenfield Jr. has experienced all of this and more. In addition to hunting big game in Africa, he has long been an avid hunter of quail, as evidenced by his recently published book on that subject. A Quail Hunter's Odyssey. I first met Joe Greenfield a few years ago in the course of editing two articles taken from his book on quail hunting, in the Shooter's Bible.

In addition to the recounting of his exploits in the hunting fields of Africa, what I like particularly about Bwana Babu are, for beginners, the poems that follow each chapter. I can't recall any other hunting book of its kind that features such gems created by the author himself. The stories and poems of Bwana Babu are also complemented by colourful photos taken by the author during his seven trips to Africa

Close attention should, in my opinion, be placed especially on the chapter presenting a brief biography of Makanyanga, a peerless tracker and, in fact, a "living legend," along with Alex Walker, an outstanding big-game guide. The story of these two close friends and hunting companions both of whose paths have crossed Joe Greenfield's tells much about the recent history of the African safari and its murky future.

So sit back and enjoy your trip to the game fields of Africa and relive the lively experiences of a man who has succeeded in fashioning two careers that are at once diverse, challenging, and, in many respects, lifesaving.

This numbered and signed edition is the fifty-fifth book in Safari Press's Classics in African Hunting Series. This is copy number 315 of 1000 copies.