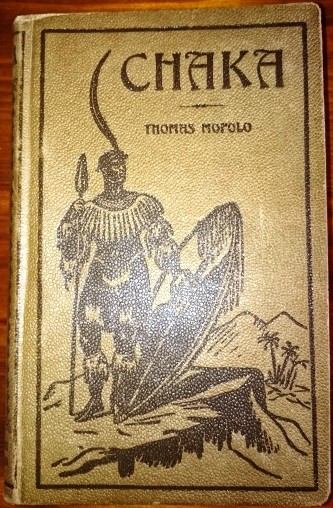 Thomas Mokopu Mofolo (22 December 1876 – 8 September 1948) is considered to be the greatest Basotho author. He wrote mostly in the Sesotho language, but his most popular book, Chaka, has been translated into English and other languages.

He was born in Khojane, Lesotho, on 22 December 1876. He was educated in the local schools of the Paris Evangelical Missionary Society and obtained a teacher's certificate in 1898. While he was working at the book depot in Morija, some of the missionaries encouraged him to write what was to become the first novel in Southern Sotho, Moeti oa bochabela (1907), The Traveler of the East. The story of a young Sotho chieftain's conversion to Christianity, it is cleverly interwoven with traditional myths and praise poems. Its success prompted other young teachers to try their hand at fiction writing, thus launching one of the earliest literary movements in sub-Saharan Africa.

Mofolo's next book, Pitseng (1910), is built on a rather clumsy love plot in imitation of European fiction. It contains perceptive descriptions of native mores in the then Basutoland and in South Africa and a thoughtful, by no means encomiastic, appraisal of the influence of Christianity on traditional marriage customs.

He then wrote Chaka, which became the classic on which his reputation rests, a fictionalized account of the Zulu conqueror who built a mighty empire during the first quarter of the 19th century. Under Mofolo's pen, the eventful career of Chaka (Shaka) becomes the epic tragedy of a heroic figure whose overweening ambition drives him to insane cruelty and ultimate ruin. The earliest major contribution of black Africa to the corpus of modern world literature, Chaka is a genuine masterpiece; the narrative follows the austere curve of growth and decline which controls the structure of classic tragedy at its best; psychological motivation is sharply clarified at all points; and the author has cleverly manipulated the supernatural element, which is endowed with true symbolic value. Some critics have likened it to Macbeth.

The publication of Chaka was delayed for 15 years by missionaries at the Sesuto Book Depot who were disturbed by Mofolo’s failure to condemn pagan tribal customs. In his disappointment, Mofolo left for South Africa in 1910 and gave up writing. For several years he was a labor agent, recruiting workers for the gold mines of Transvaal and the plantations of Natal. After 1927 he bought a store in Lesotho; in 1937 he acquired a farm in South Africa but was evicted under the Bantu Land Act. In 1940, a broken and sick man, he returned to Lesotho, where he died 8 September 1948.

The library at the National University of Lesotho is named the Thomas Mofolo Library in his honor.

The first English translation, Chaka, was translated from the original Sesuto by F. H. Dutton (1931). It has also been translated into French, German, and Afrikaans. David Kunene translated a new edition into English in 1981.