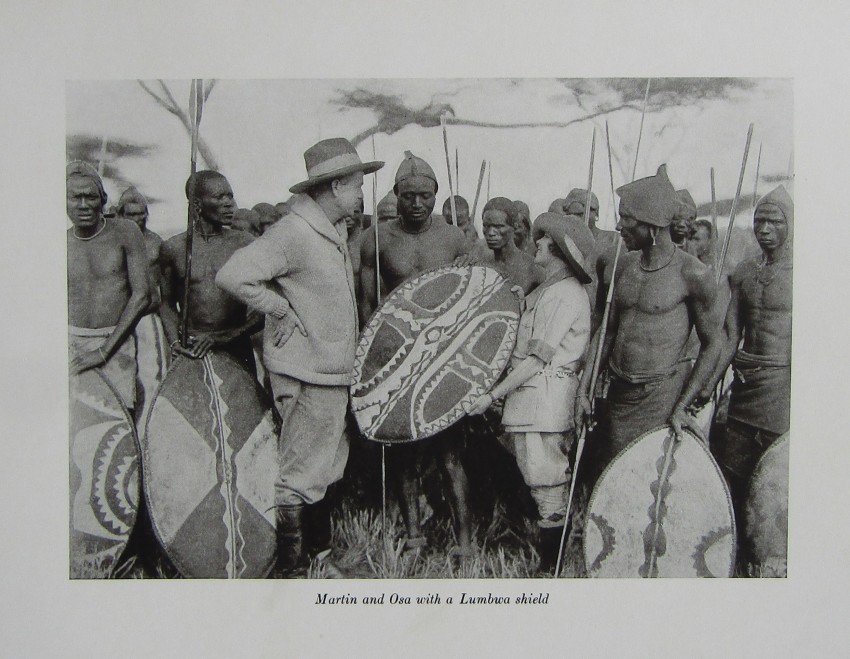 Chronicles Of An African Trip

"To My Old Comrades in The Kodak Organization, Geo Eastman"

Endpapers with charts of the route of the Safari.

"A photo-journal of his African motor Safari, with excellent photographs

by George Eastman, Pomeroy, Stewart, and photos in last section by

Martin Johnson who with his wife Osa and the Akeleys accompanied

Eastman on the trip.  The safari went north from Nairobi to Lake Paradise

near Marsabit, and south to the Gurumetti River in Tanganyika.

"Written as a memento to his employees, the famous founder of

buffalo, and plains game.  He was accompanied by Martin and Osa Johnson,

and Philip Percival was his professional hunter.  On the second leg of his

journey, Eastman and his party traveled to the Gurumeti and Meru Rivers

of Tanganyika where they hunted buffalo, lion, and rhinoceros.  Interestingly,

Eastman later returned to Africa to collect an elephant, a trophy most elusive

on his first venture.  A chronicle of the second trip, however, was not

published until the 1980's." [Czech, An Annotated Bibliography of African Big Game Hunting