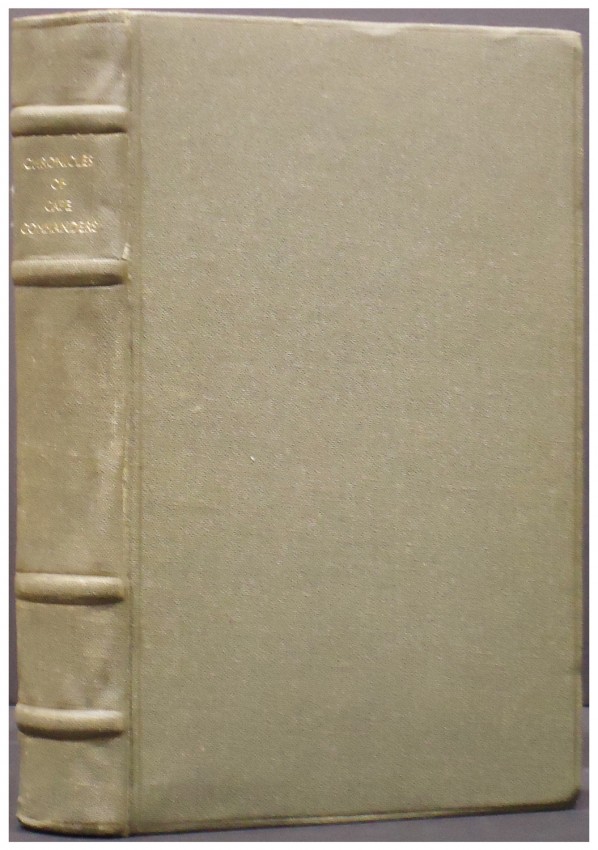 And Notes on English Dutch and French books published before 1796, containing reference to South Africa.

Bound in at the back is the catalogue of books relating to South Africa compiled by Charles Fairbridge and John Noble 42 pages.

Mendelssohn (Sidney) South African Bibliography vol. 2page 475: The first chapter serves as an introduction to the history of the Cape Colony, and is followed by a narrative of the rise and progress of the settlements under Van Riebeek, Wagenaar, Goske, Bax, Crudorp, and Simon Van Der Stel, together with instructive chapters on the exploration and discoveries in South Africa during this period, and details respecting the arrival and settlement of the Huguenots, and other interesting information.

Nearly the whole of the volume is devoted to the history of the Cape in the seventeenth century, but at the end of the work will be found four papers dealing with matters concerning the eighteenth century, which include " A few leaves in the Stellenbosch Records," " A glance at the Old Records of Swellendam," ' Ryk Tulbagh, a brief sketch of the life of a good and great man," and " A hundred years ago. A sketch of events in South Africa in the year 1781."

THE BIRDS OF PREY OF SOUTHERN AFRICA (Collectors’ Edition)

BEYOND THE URAL MOUNTAINS. THE ADVENTURES OF A SIBERIAN HUNTER