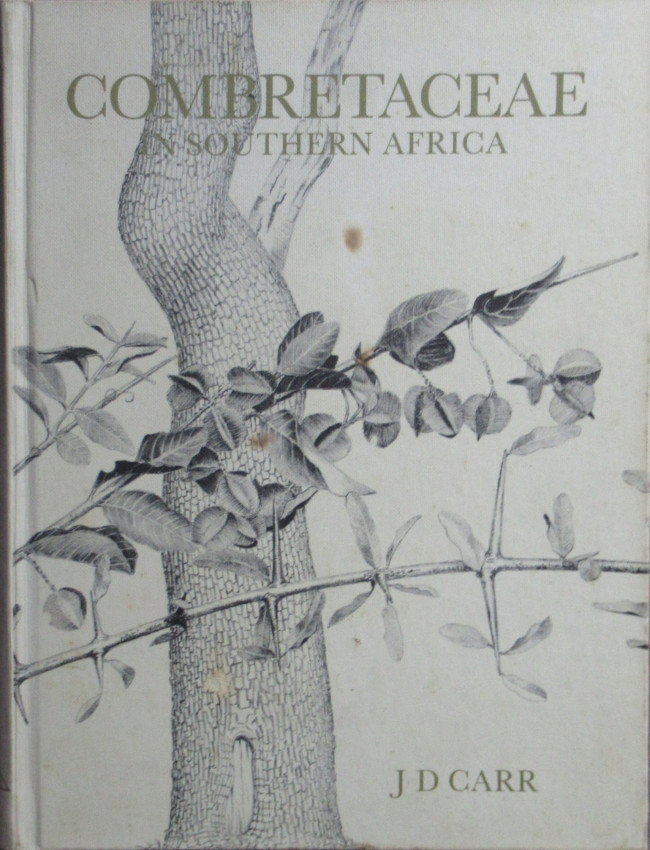 This is the first collective presentation of the members of the Combretaceae family occurring in South West Africa/Namibia, Botswana, South Africa, Swaziland and Zimbabwe. It describes not only such well-known trees as Hardekool, Raasblaar, Rooibos and Vaderlandswilg, but others, some hardly known, some rare or endangered. It also includes three new species, two of which came to light as a result of the author's investigations. There are altogether six genera and 49 species.

Combretaceae are widely distributed in the region, especially in the warmer bushveld areas. Depending on the local environment, they may make up no more than a minor proportion of the tree population or they may contribute as much as 80-90 per cent of the total biomass.

With the considerable amount of information it contains on propagation and cultivation, the book will be of great interest to conservationists and horticulturalists. It has also been written for the growing band of laymen who are becoming interested in the indigenous flora of the subcontinent, as well as for botanists. With information on propagation, the description of each species includes synonyms, common names, distribution, habitat, bark, foliage, inflorescence and fruit. There are also chapters on identification and national tree numbers and there is a glossary of botanical terms as well as indexes of botanical and common names.