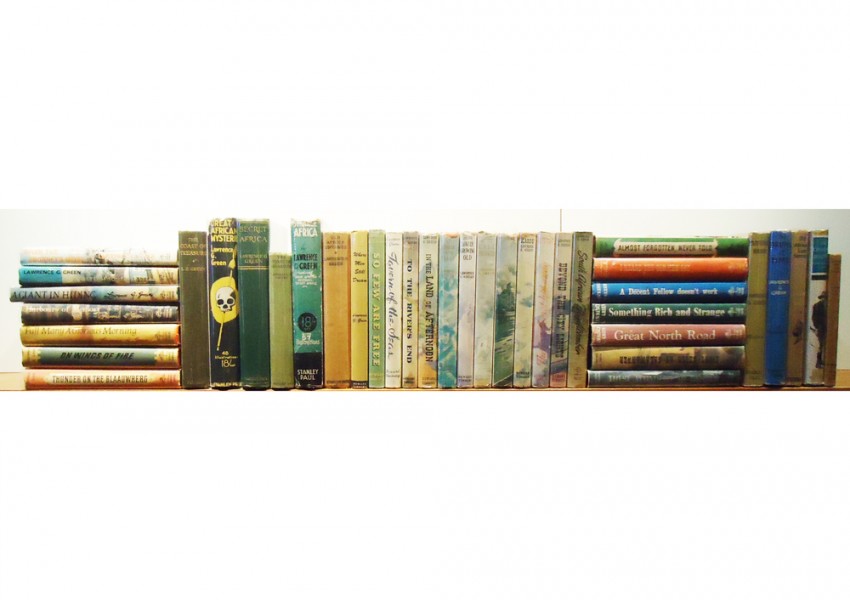 A complete collection of first editions of all the author's works published between 1933 and 1972 as listed below.

Also included are four of the six titles which were originally published in South Africa and were published later in England under different titles.

In The Land of the Afternoon, 1949, Howard Timmins

At Daybreak for the Isles, 1950, Howard Timmins

Beyond the City Lights, 1957, Howard Timmins

Something Rich and Strange, 1962, Howard Timmins

When the Journeys Over, 1972, Howard Timmins

Published in UK under different titles:

All are in dust jackets with the exception of: The Coast of Treasure, Secret Africa, The Coast of Diamonds and Old Africa Untamed. Most dust jackets show some wear or fraying (all are covered with mylar or plastic) and some page edges are foxed but overall this is a good set.

N.B. This large set will require special packing and dispatch by the art packers Post Net of Hermanus with the attendant additional costs.