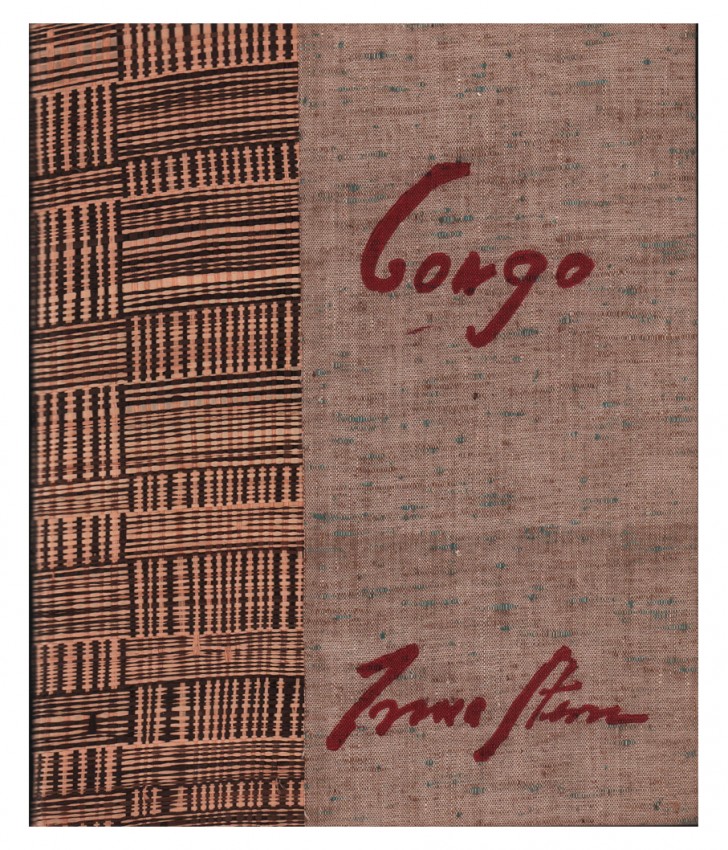 50 pages, frontispiece, illustrated throughout with black & white photographs of paintings by Irma Stern and accompanying text, some of the illustrations are tipped-in, original raffia back with cloth covered boards. The raffia back back is in unusually good condition and the cloth sides are unfaded and bright, a fine copy.

Signed by Irma Stern on the limitation page.

‘In 1942, seemingly oblivious of the War, she ventured into central Africa on her own for the first time, armed with self-confidence, and supplies of acid drops and cigarettes with which to ply the Congolese population. She was ill-prepared for travel in the then Belgian Congo and arrived at the office of the South African Consul, Mr Imker Hoogenhout, to request assistance in hiring a car and English-speaking chauffeur for a month-long expedition.’

‘Only through his contacts was the Consul able to acquire a roadworthy care, ‘borrow’ the British Consul’s stand-by chauffeur, and obtain a letter of introduction to the district commissioner of the areas to be visited. After a send-off dinner attended by the local dignitaries who were facilitating this cultural activity, Stern disappeared into the impenetrable tropical forest with its narrow, single lane dirt roads. Her one-month visitor’s visa expired and the security department required pacification for her nonappearance. Only several months later did the irresponsible artist arrive back in Elizabethville. Mr Hoogenhout then arranged an exhibition which was a great success.’

‘Notwithstanding her verbal difficulties, Stern could produce vivid word pictures and, writing as she would paint, she created Congo (1943) and Zanzibar (1948) using energetic sentences pulsing with her romantic response to Africa.’