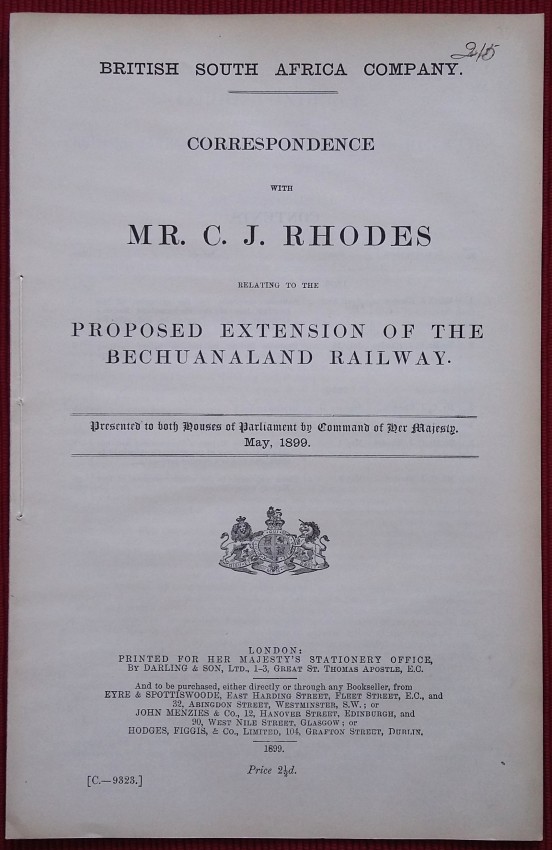 Correspondence with Mr C. J. RHODES relating to the proposed extension of the BECHUANALAND RAILWAY (1899)

Presented to both Houses of Parliament by Command of Her Majesty. May 1899.

Mr. C. J. Rhodes to Colonial Office (April 28, 1898) - Submits proposals for the extension of the existing line of the Bachuanaland Railway Company to the Lake Tanganyika, and asks for the co-operation of Her Majesty's Government.

Colonial Office to Mr. C. J. Rhodes (May 1, 1899) - States that Her Majesty's Government are not able to accept any of the proposals submitted to them, and makes a counter-proposal.

Mr. C. J. Rhodes to Colonial Office (May 9, 1899) - States objections to the counter-proposal of Her Majesty's Government.