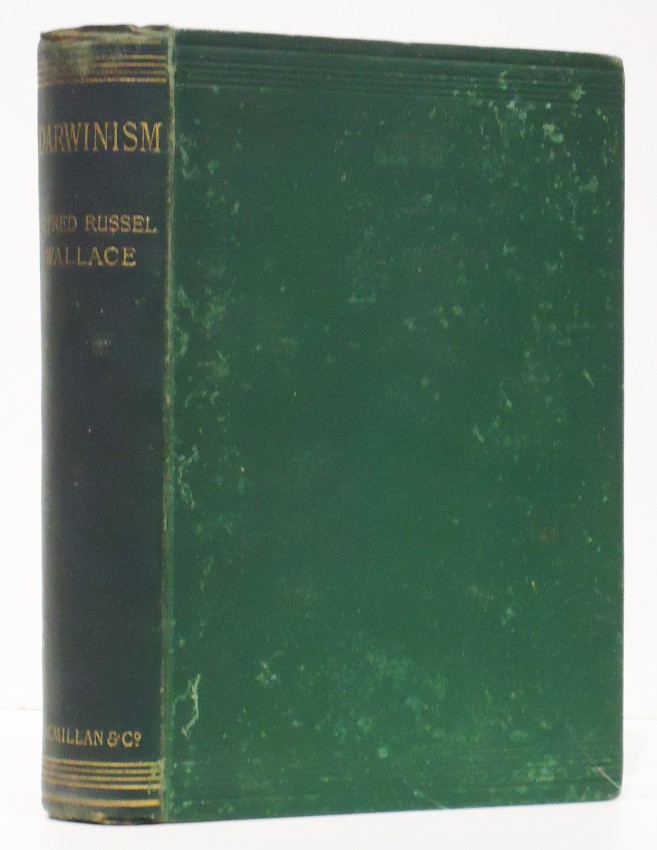 An Exposition of the Theory of Natural Selection with Some of its Applications.

With a portrait of the author, map and illustrations.

Alfred Russel Wallace, byname A.R. Wallace, (born Jan. 8, 1823, Usk, Monmouthshire, Wales - died Nov. 7, 1913, Broadstone, Dorset, Eng.), British humanist, naturalist, geographer, and social critic. He became a public figure in England during the second half of the 19th century, known for his courageous views on scientific, social, and spiritualist subjects. His formulation of the theory of evolution by natural selection, which predated Charles Darwin's published contributions, is his most outstanding legacy, but it was just one of many controversial issues he studied and wrote about during his lifetime. Wallace’s wide-ranging interests - from socialism to spiritualism, from island biogeography to life on Mars, from evolution to land nationalization - stemmed from his profound concern with the moral, social, and political values of human life. https://www.britannica.com/biography/Alfred-Russel-Wallace