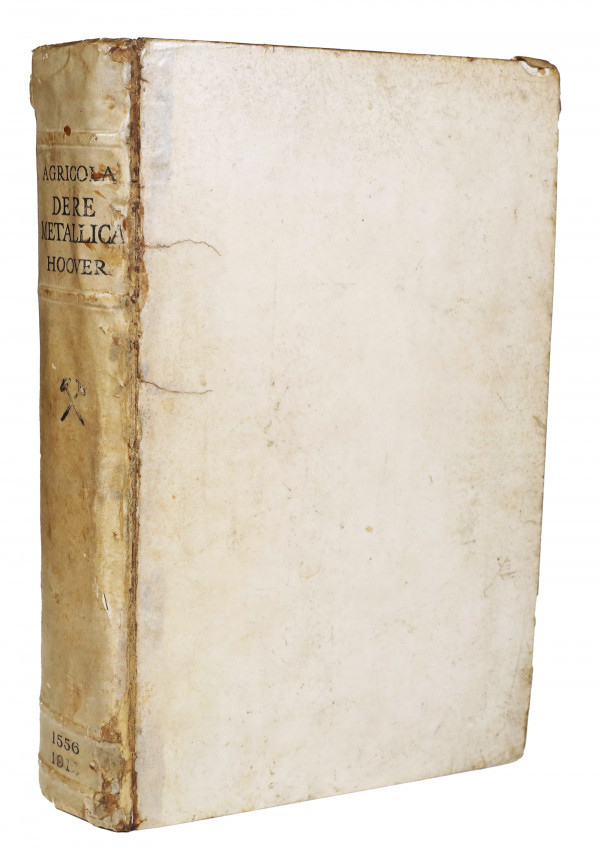 Translated from the First Latin Edition of 1556;

With biographical introduction, annotations and appendices upon the Development of Mining Methods, Metallurgical Processes, Geology, Mineralogy & Mining Law from the earliest times to the 16th Century;

On the title page the number 01535 is stamped at the top of the page. A note loosely inserted explains that this is a copy number of the book, and not the accession number from a library.

De re metallica catalogues the state of the art of mining, refining, and smelting metals, published a year posthumously in 1556 due to a delay in preparing woodcuts for the text. The author was Georg Bauer, whose pen name was the Latinized Georgius Agricola ("Bauer" and "Agricola" being respectively the German and Latin words for "farmer"). The book remained the authoritative text on mining for 180 years after its publication. It was also an important chemistry text for the period and is significant in the history of chemistry.

In 1912, the first English translation of De Re Metallica was privately published in London by subscription. The translators were Herbert Hoover, a mining engineer (and later President of the United States), and his wife, Lou Henry Hoover, a geologist and Latinist. The translation is notable not only for its clarity of language, but for the extensive footnotes, which detail the classical references to mining and metals.
https://en.wikipedia.org/wiki/De_re_metallica

Published for the Translators by the Mining Magazine, London 1912.