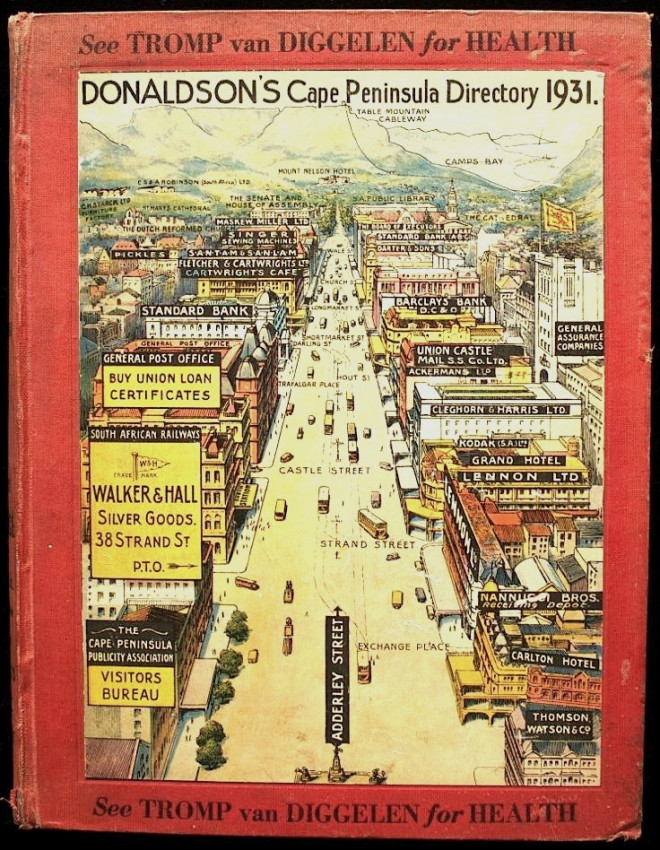 Publisher's red cloth boards with pictorial insets to the front and rear panels.

Contains a mine of information on Cape History of the period, including:

Information on Cape Town and Suburban Streets, A Key to Motor Letters of the different Districts and Towns, Registered P.O. Boxes, Telegraphic Addresses, Buildings and Chambers, Alphabetical list of Cape Town Residents and Traders, Towns and Villages in Cape Province. Contemporary adverts at the front and rear of the text.

Ken Donaldson published the first South Africa Who's Who in 1907. This is a first edition of the thriteenth issue of his Directory (1931) which was initially known as the Cape Town and Suburban Directory in its first years of publication.