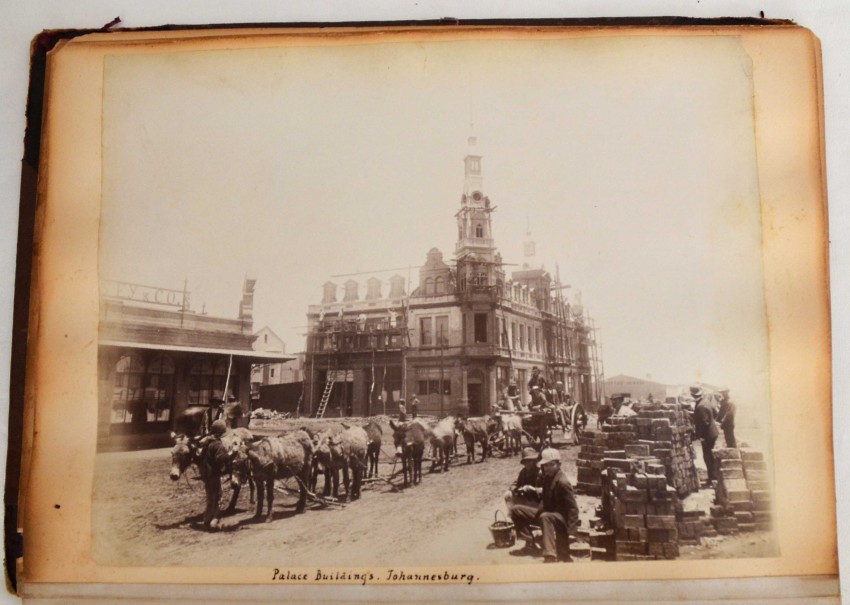 EARLY ORIGINAL PHOTOGRAPHS OF JOHANNESBURG AND MADEIRA CIRCA (1890)

An album of 24 fine original sepia photographs of South Africa and Madeira. There is a presentation inscription on the front endpaper dated Xmas 1892. Comprising:

Sixteen large images of South African scenes, circa 28x24cms, titled in ink on the mount:

Two smaller images of South Africa, 20x13cms, titled in ink on the mount:

Nine Images of Madeira, 20x16cms. titled in ink on the mount:

The photos are all mounted on the stiff card pages of the album. Two of the prints are signed either Caney or E.E. Caney on the image. As the photographs  all seem to be the work of professional photographers, it is more than possible that all the images were by E.E. Caney.

Ebenezer Edmund Caney was born in Caistor, Lincolnshire, England in July 1846. In the 1861 England census for Lincolnshire, his father William, then a widower, is shown as a watch and clock maker and Ebenezer, then age 15, is described as occupation: photographer. He had a Studio in Palmerston North, later went to Australia (1883) and then South Africa (1889). Some of his images are accessible online and seem very much in keeping with the photographs in this album.

Condition: The half leather and buckram album itself is in poor condition. It is disbound and the pages are all loose. The covers of the album are worn and the spine is missing. The pages on which the photographs are mounted have varying degrees of warping, mainly affecting the margins. The pages also have some browning, mainly of the margins. However, the photographic plates themselves are in good condition and apart from one or two, largely unfaded. Three pages (those with the Madeira photos) have some chipping of the lower margins, but not affecting the images. Overall a very nice example of Nineteenth Century South African photography.