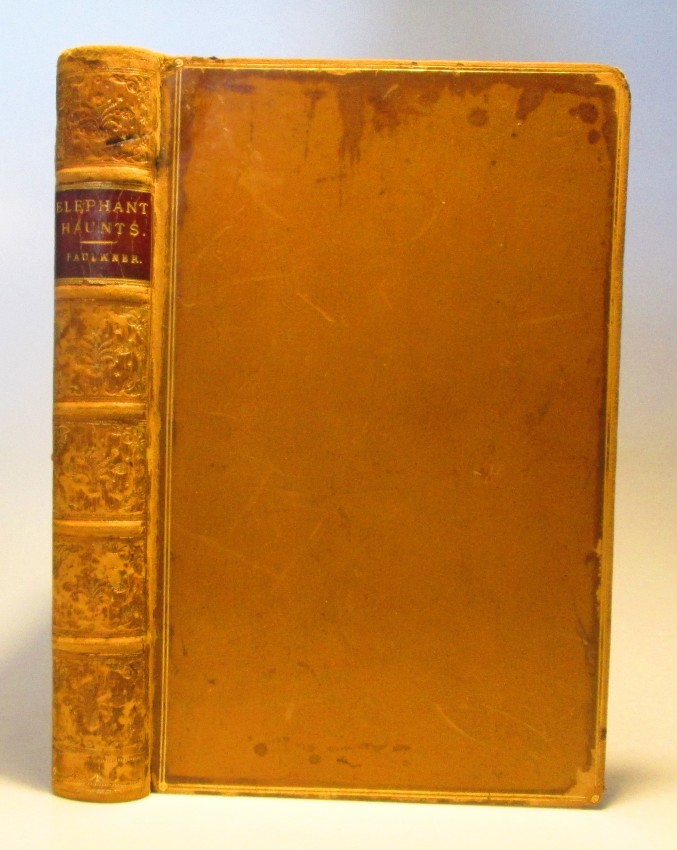 Being A Sportsman's Narrative Of The Search For Doctor Livingstone With Scenes Of Elephant, Buffalo, and Hippopotamus Hunting

"The first Livingstone search expedition was organised by Her Majesty's Government at the solicitation of the Royal Geographical Society, and it was arranged that Mr. E. D. Young, who had previously served under the explorer, on the Zambesi and Shire Rivers, should be appointed its leader. The author had applied to Sir Roderick Murchison for the post, but as this had been filled he was allowed, at his earnest entreaty, to accompany the party. Mr. Faulkner states that, from the outset, he did not believe in the plausible and circumstantial story related by the Johanna men, and he asserted that he "felt certain these rascals had deserted their leader, and told this cleverly concocted lie to screen their own cowardice." It had been decided that the route to be pursued was to be via the Zambesi, to the southern end of Lake Nyassa, and a start was made from the Kongoni River, on the 27th of July 1867.

The expedition explored the country traversed by the Shire River and the Nyassa Lake and the surrounding districts, but although they constantly came in contact with natives who had seen Livingstone and could recognise his portrait, they could never discover the exact whereabouts of the traveller. It appeared, however, that he had been deserted by his followers at Marenga, but that he had succeeded in making his way into the interior, so that the whole statement of the Johanna boys to the effect that he had been murdered by the Maritzus was a deliberate and lying fabrication. There is a description of Portuguese South-East Africa, with notes respecting the sport of the country and its natural features. Mendelssohn (Sidney) South African Bibliography, volume 1, page 534.

325pp with frontis of elephant hunt and small sketch of Matiti on title page.

Rebound in full leather with a gilt frame on upper cover and gilt titling on spine. The leather is a little worn and frayed with the corners a little bumped. The hinges have been re-glued leaving the original cracks visible. Inscription from 1874 in prelims. Some foxing in prelims as well as on title page and opposite frontis. Otherwise a good, clean copy.