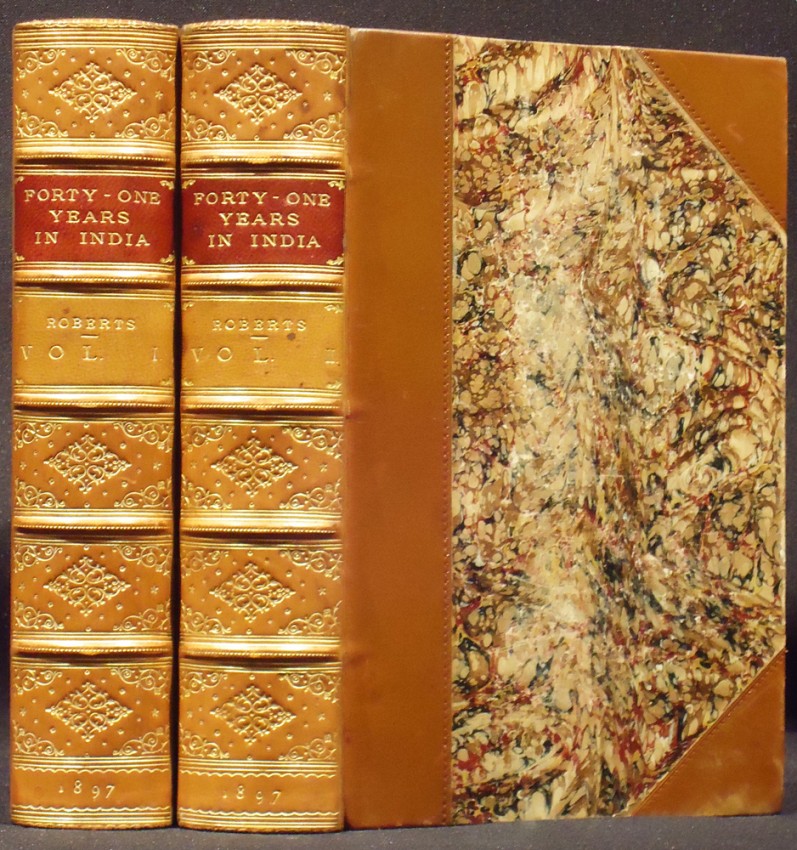 From Subaltern to Commander-in-Chief

By 1897, the year of Queen Victoria's Jubilee, Roberts was a national hero in Britain hence the popularity of the biography.

'THESE two volumes contain, in the first place, a narrative by Lord Roberts, who is the most distinguished soldier that India has produced in our time, of all that he has seen and done during forty-one years of active service. They also give, in clear outline, authentic accounts of the more important military operations to which his personal experiences belong ; and they record his conclusions upon the political causes and consequences of such momentous events as the Sepoy Mutiny and the second Afghan War.'

'Roberts arrived in India in 1852, and travelled up to join a troop of horse artillery at Peshawar, where his father com- manded a division on the North-West Frontier. His good fortune began early, for after a few years on the Afghan border, where so many of our best Indian officers have been trained, be was appointed to the staff of the Punjab army in 1856, just one year before the great revolt of 1857 made a supreme demand on the fortitude and daring of all English- men in Upper India, and brought the Punjab forces at once into the foremost fighting line. A sudden telegram from Delhi startled all the northern stations, and was felt like the first shock of a coming earthquake ;—the whole country was instantly astir; troops were mustered, suspected native regiments suddenly disarmed ; disorders were repressed; the frontier held down ; and Roberts bad the luck to be attached to a movable column, with which he marched southward through the provinces, until he was ordered to the camp before Delhi at the end of June. The next three months were passed by him on the Ridge within shot of the city walls. A small force was all England had to bring against a formidable native army in possession of a fortified town and a great arsenal, aided by fierce fanatics and an armed mob, having for its figure-head and rallying-point the discrowned heir of the Mogul Emperors, sitting like a ghost, forlorn and shadowy, in the Imperial Palace of his ancestors. The issues at stake were no less than the lives of all the Englishry in Northern India, and the existence, for the time, of English rule ; for defeat would have utterly ruined and swept away our government in all those provinces. The strength of the fortress in front, the numerical superiority of its defenders, the risk of disaffection among the native allies, and of a rising in our rear; the knowledge that an assault, once delivered, must not fail, for it could not be tried twice,—all these things rendered the situation unique in military annals. Anson, the Commander-in-Chief, had died on his way to Delhi ; Barnard, who took command of the besieging force, died a month later, both of cholera ; the next General, Reed, fell sick, and Wilson commanded to the end. But the whole siege and the final storming were really carried out by the principal officers, young, resolute, and energetic, of whom Nicholson was perhaps the foremost, Forty One Years in India from Subaltern to Co7nmander-in.Chiof. By Field-Marshal Lord Roberta of Kandahar. London: Richard Bentley and Son.'