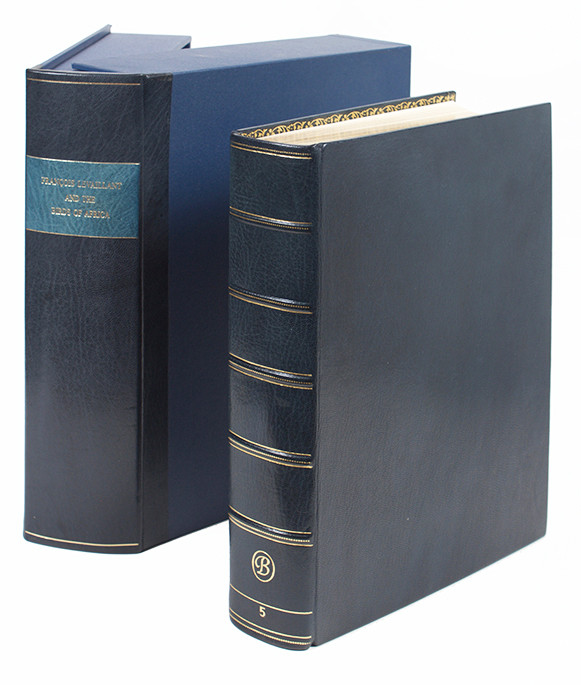 FRANÇOIS LE VAILLANT AND THE BIRDS OF AFRICA (Limited edition)

Intrepid traveller, pioneering naturalist, famous author, François Levaillant (1753 - 1824) was a celebrity in his own lifetime. The colourful accounts of his travels in southern Africa in the 1780's were widely read in seven languages. His sumptuous bird books, published in a golden age of natural history book production led by the French, recorded for posterity his extensive bird collections.

Yet he has often been dismissed as a flamboyant Gallic adventurer with a cavalier attitude to the truth. This new study seeks to re-examine this controversial figure against the backdrop of the world of natural history and its practice in the late European Enlightenment. The potent mix of science and commerce is reflected in Levaillant's combining his own enthusiastic pursuit of knowledge about the animal kingdom with active trading in specimens. Although somewhat of an outsider, he is shown as shrewdly negotiating the dangers, upheavals and transformations of the French Revolution and the Napoleonic era to achieve his scientific ambitions. New insights into the life of this remarkable man are provided by recently discovered contemporary documents, his story enlivened with illustrations gathered from wide-ranging international sources.

Binder’s sample copy: The limitation reads: 20 copies bound in full leather (not for sale) This copy is unnumbered.