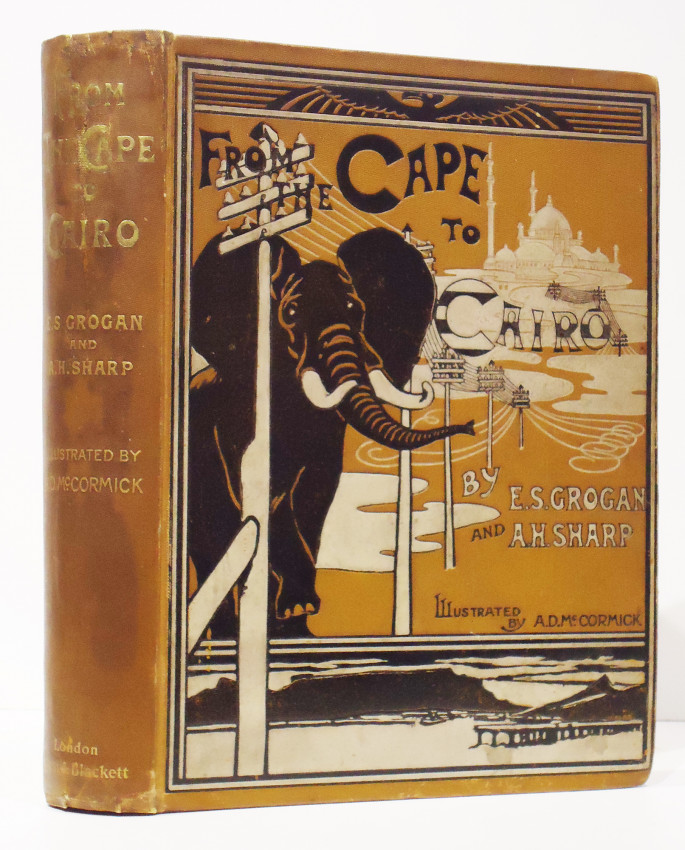 FROM THE CAPE TO CAIRO ;THE FIRST TRAVERSE OF AFRICA FROM SOUTH TO NORTH

Czech (Kenneth) An annotated Bibliography of African Big Game hunting Books, 1785 to 1999 page 114: ‘Grogan and Sharp embarked on one of the most perilous treks in Africa, from the Cape of Good Hope to Cairo, Egypt, on foot, establishing that Africa could ostensibly be crossed by railway. They travelled to the Zambesi, then through the lake districts of central Africa, on to the Upper Nile, to Khartoum and on to Cairo. Marching up the Pungwe, the party hunted buffalo and lion. On the Chiperoni, they bagged sable and rhinoceros, while in the Rusisi Valley near Lake Albert, the pair succeeded in bagging several elephant. Grogan ran into particular difficulty with the Dinkas and Nuers in the upper reaches of the Nile before finally making his way to Cairo. The illustrations are stunning, as is the elaborate pictorial binding. An excellent work of sporting adventures and exploration.’ 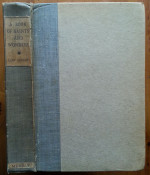 A Book of Saints and Wonders (First Edition, 1907)