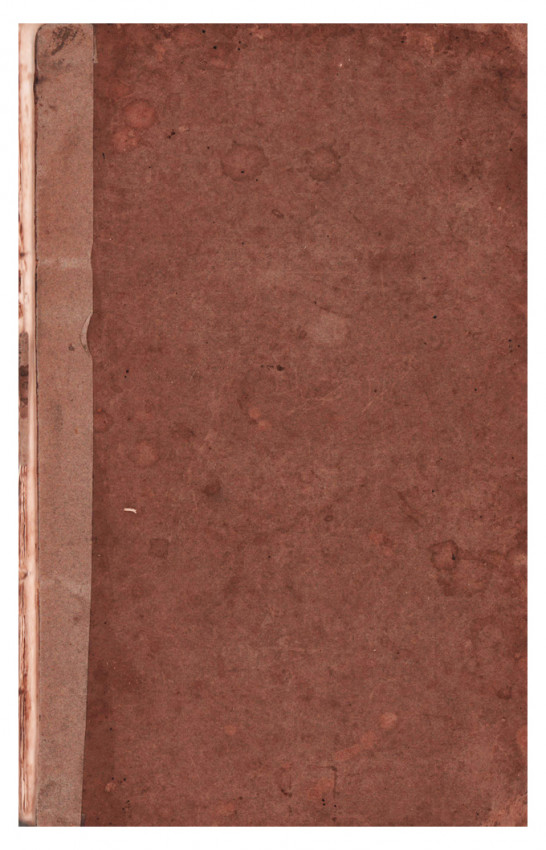 First edition: ii, 100 pages, original brown card wrappers with the remnants of a cloth spine loosely inserted in the volume, the front cover is detached, foxing throughout, a fair copy.

There is a signature of J. Rickert, of the Government Press on the title page

Mendelssohn (Sidney) A South African Bibliography vol. 1 page 443: This curious and rare volume was the first manual of Cape History published in South Africa. It is in the form of a Catechism, possibly adapted for the use of schools. Theal remarks (" History of South Africa, 1795-1834 ") that the work was " prepared to suit the views of Lord Charles Somerset ; it is somewhat partial, and is of more value now as a curiosity than as containing information."

Joseph Suasso De Lima (1791–1858), South African writer and journalist. Member of an Amsterdam family of Portuguese origin, he qualified in law, wrote for Amsterdam publishers, and in 1816 went on a government mission to Batavia. In 1818 he settled at the Cape as printer, publisher, and translator (of Hebrew, among other languages). One of the early South African literary figures to use Dutch, he wrote poems, plays, pamphlets, almanacs, and directories. His versatility and his lameness were both butts for the enemies he made in various controversies. He defended the form of colloquial Dutch spoken at the Cape, opened the first Dutch bookshop in South Africa, and ran the first weekly paper, the satirical De Versamelaar, for several years from 1825. His Gedichten appeared in Amsterdam in 1821; his Nieuwe Gedichten in 1840. In 1825 he published his brief Geschiedenis van de Kaap de Goede Hoop, the first manual of Cape history. De Lima joined the Dutch Reformed Church in 1833, but made a donation to the building fund of the first Cape synagogue in 1849.
https://www.encyclopedia.com/religion/encyclopedias-almanacs-transcripts-and-maps/de-lima-joseph-suasso