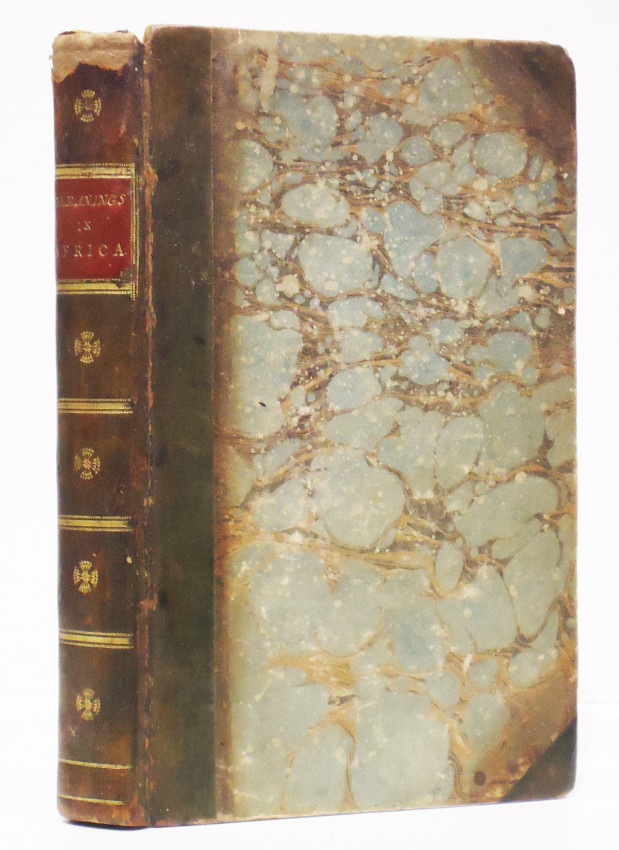 Exhibiting a faithful and correct view of the manners and customs of the inhabitants of the Cape of Good Hope, and surrounding country.

With a full and comprehensive account of the system of agriculture adopted by the colonists : soil, climate, natural productions, &c, &c, &c.

Interspersed with observations and reflections on the state of slavery in the southern extremity of the African continent.

In a series of letters from an English officer, during the period in which that colony was under the protection of the British Government.

Mendelssohn (Sidney) South African Bibliography vol. 1 page 609: A short account of the Cape before the period of the rule of the Batavian Republic. The writer of the series of thirty-nine letters which are comprised in the volume was evidently a strong opponent of slavery, and a large part of the work is devoted to the exposition of his views on the matter, and a sketch of the various forms of slavery that have existed from ancient times. Mr. Theal, in discussing the work, remarks that " It is so full of errors as to be of no value whatever." The frontispiece depicts the wreck of H.M.S. Sceptre, and there are nine other interesting sketches " engraved from drawings made from nature by the author."