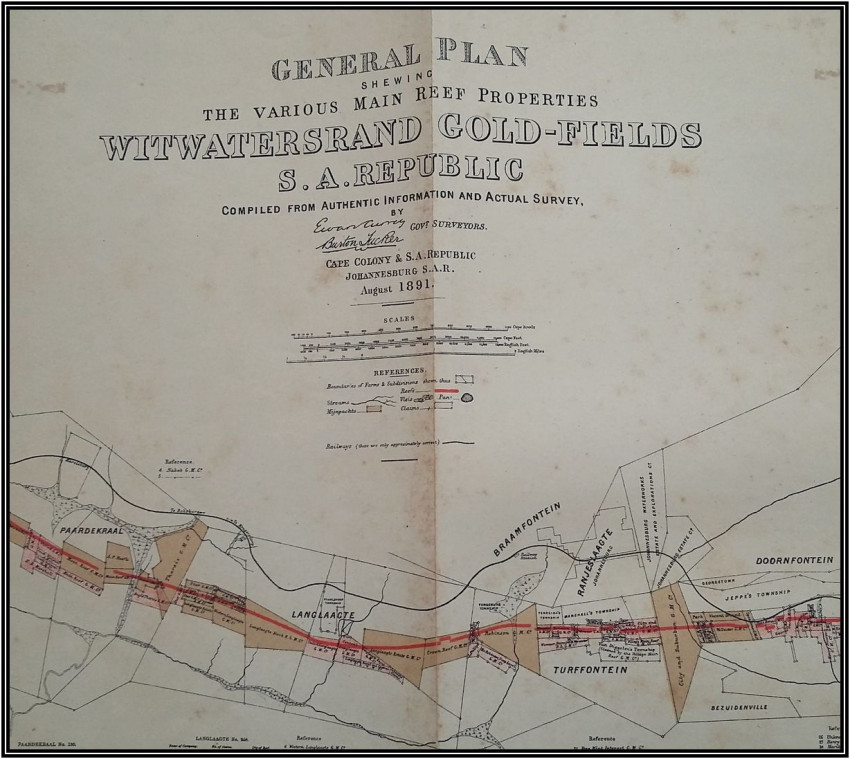 Complete history of all Gold and other companies of Witwatersrand with all informations, production details, tables, statistics, facts, etc. With a multiple folding colored map (92 x 25,5 cm). Sought after title - this is the only one first edition copy selling on internet.

Major Charles Sydney Goldman (28 April 1868 – 7 April 1958) was a British businessman, author, and journalist who served as a Member of Parliament (MP) from 1910 until 1918. There is a Memorial Stone of C.S. Goldman in the yard on the Murray United Church.

Born in Cape Colony, Goldman was an uitlander who spent much of his life in the Transvaal. Charles Sydney Goldman was perhaps one of the Province's most enigmatic historic figures. A German of Jewish ancestry, he left Germany for England, where he married the granddaughter of Sir Robert Peel. His next move was to South Africa, where he made a fortune in ostrich farming and gold mining. As a young man he built up a fortune in mining, using some of the profits to purchase an extensive estate known as Schoongezicht in the Middelburg District. During the Second Boer War, Goldman was a war correspondent for The Standard and was a major in the British forces, who assisted Winston Churchill as a war correspondent. Initially attached to Sir Redvers Buller's relief force, he travelled with them as far as Ladysmith after which he transferred to the cavalry advancing north in order to report on their endeavours. These experiences served as the foundation for Goldman's subsequent book With General French and the Cavalry in South Africa. He then moved to British Columbia, where he founded Nicola Stock Farm (now Nicola Ranch) in Merritt. He wrote a lengthy account of the Boer War, edited and translated several other historic works, as well as being a collector of Pre-Raphaelite art. One of his legacies still enjoyed by the public is Monck Provincial Park on the shore of Nicola Lake.

Goldmann was the author of another important title about South African mines; "South African Mines; Their Position, Results & Developments together with an account of Diamond, Land, Finance and Kindred Concerns" (1895-96).

The Silkworm Book; or, Silkworms, Ancient and Modern, Their Food, and Mode of Management

The Postage Stamps, Postal Stationery, and Postmarks of the Bechuanalands- Numbered 216 of 500&hellip;