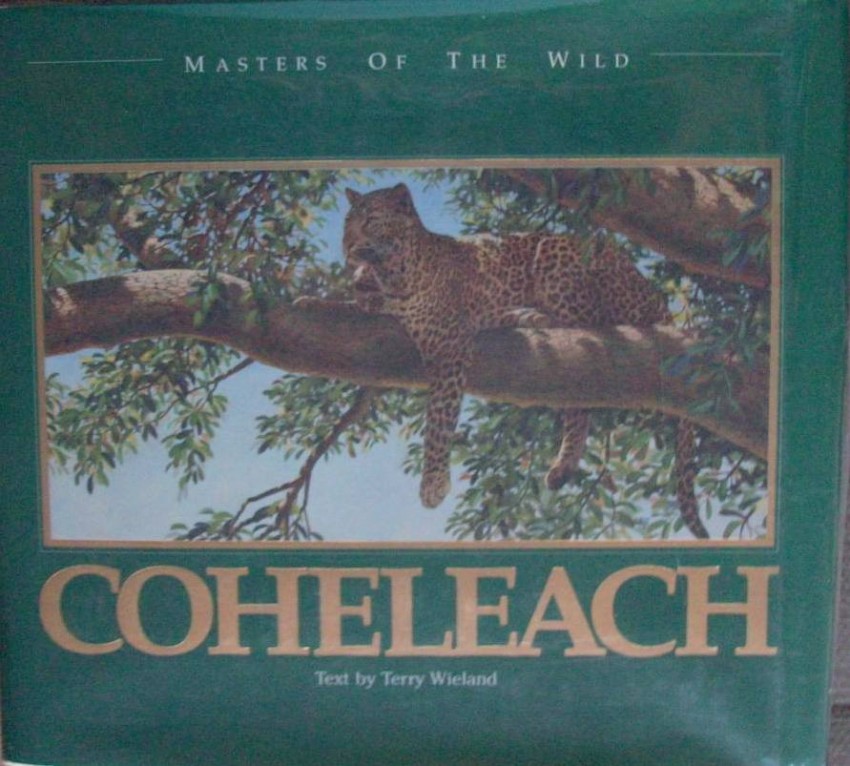 Masters of the Wild

During his three decades as a wildlife artist, Guy Coheleach, it seems, has been everywhere and done everything. His record of achievement reads like an entry in Who's Who. He has been honoured as an artist on every continent. Noted naturalist/artist Roger Tory Peterson describes him as a "renaissance man," and in 1977 the College of William and Mary awarded him an honorary doctorate of arts.

These are the trappings of an artist who has arrived, yet Coheleach approaches his work with the enthusiasm and curiousity of someone just starting out, searching for a style truly his own.

Beginning as a painter of birds, Coheleach became noted for his detailed and dramatic renderings of birds of prey, especially the bald eagle. Prints of his bald eagles have been presented by the President of the United States to visiting heads of state.

In the mid 1960s he discovered the life and death drama on the plains of Africa. With insight gained from harrowing experiences with elephants and Cape buffalo, and with skill derived from a lifetime of dedication to art, Coheleach has become one of the foremost painters of African animals. Now through the revealing text of Terry Wieland and in dozens of fascinating sketches and 108 magnificent colour plates, join the talented artist on his 30-year search for excellence.

Rhodesia’s Last Tribute of Respect to its Founder

WITH LORD METHUEN AND THE 1ST. DIVISION