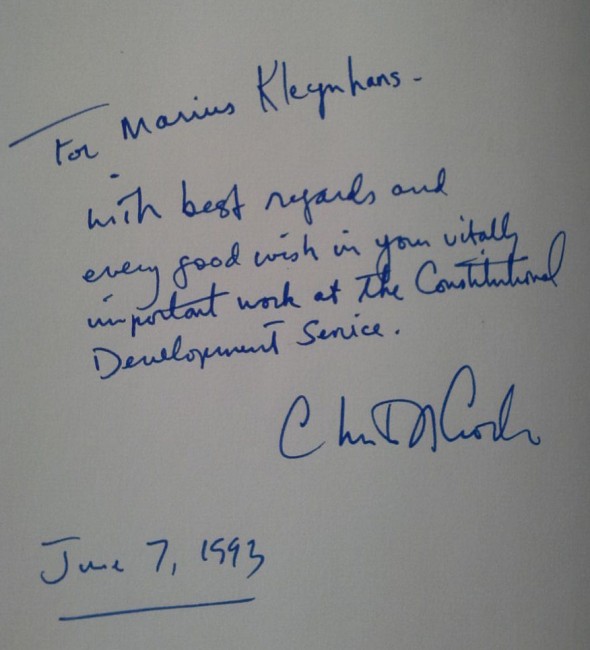 The  following  is  sourced  from  both  Wikipedia  and  The  United  States  Holocaust  Memorial  Museum's  website :

Chester Arthur Crocker (born October 29, 1941) is an American diplomat who served as Assistant Secretary of State for African Affairs from 1981 to 1989 in the Reagan administration. Crocker was the architect of the U.S. policy of "constructive engagement" towards apartheid South Africa. He was also the principal diplomatic architect and mediator in the prolonged negotiations between Angola, Cuba, and South Africa that led to Namibia’s transition to democratic governance and independence, and to the withdrawal of Cuban forces from Angola.

Marius Kleynhans worked as a political jounalist with the SABC (South African Broadcasting Corporation)  until  1990. He spent much of this period in both Washington and London. In 1990 he was invited to join the Constitutional Development Service as communication advisor to the constitutional negotiations. He stayed with the CDS until after the first national elections. He advised  Mandela and others until 1995.

WITH THE BOER FORCES