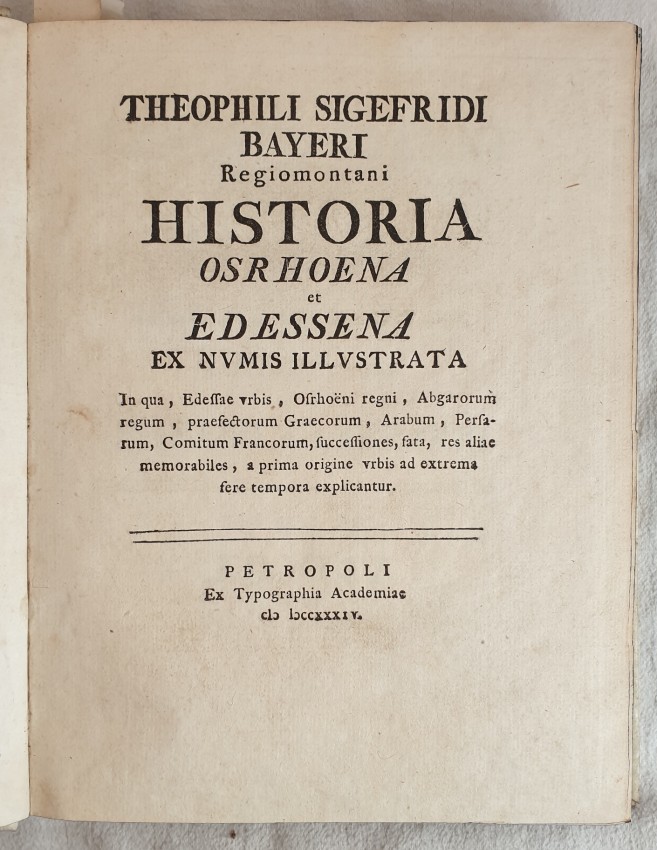 Scarce monography of 1734 about the history (until about 1400) and numismatics of the Kingdom of Osroene and its capital Edessa by Theophil Sigfrid Bayer (1696-1738). Bayer was a renown polymath, philologist, orientalist, classicist and oriental numismatics. He was teacher of humanist greek in the Academy of Science of Saint Petersburg between 1726 and 1737.

Edessa was the capital of a small kingdom that kept a relative independence between the Romans and the Persians. Once the Roman Empire fell, Edessa was contended between the Persians and the Byzantines and, later on, it was conquered by the Arabs. It fell later on to the Franks and then became part of the Turkish Empire.

Inside there are eight planches showing coins and helmets during the independent period of the Reign.

Arabic, greek and syriac fonts in the text.

Other destinations: Please contact us. We always combine shipping.