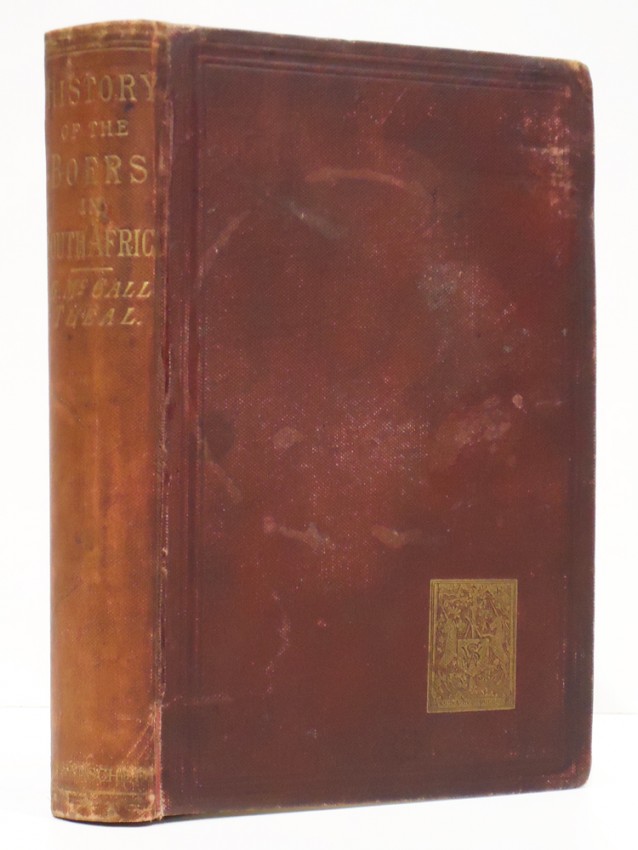 HISTORY OF THE EMIGRANT BOERS IN SOUTH AFRICA

Or the wanderings and wars of the emigrant farmers from their leaving the Cape Colony to the acknowledgement of their independence by Great Britain. With three maps.

Mendelssohn (Sidney) South African Bibliography volume 2 page 478: It is claimed that the volume is the first publication which has been issued dealing especially with "the emigration of the Boers from the Cape Colony, and the establishment of the two Republics in the Interior of South Africa." The introductory chapters deal with the native races of the Cape and their rulers, and these are followed by an account of the Great Trek and of the settlements of the Boers, and their wars with the natives and the British, the scope of the work extending to the establishment of the republic of Natal and its supersession, and the foundation of the Orange Free State and the South African Republic.

Mr. Theal observes in the Preface, "Regarding the acts of various missionaries, there is certainly a difference between the tone of this volume and my 'Compendium of South African History,' written sixteen years ago. I had not then read the mass of missionary correspondence in the colonial records, nor the comments upon their complaints and the refutation of many of their statements made by officers of the Colonial Government. But no one will find a word in this volume condemnatory of missionary work properly so called, for no one can be more favourably disposed towards it than I am."