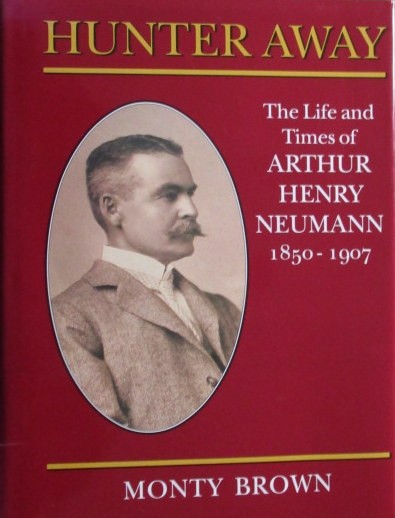 Arthur Neumann achieved almost legendary status-certainly amongst the ranks of big game hunters-on the publication in 1898 of his acclaimed book, Elephant Hunting in East Equatorial Africa. It was his sole major contribution to literature on the subject of hunting in Africa: at the time, the account was a stirring success. So much so in fact, that to this day a sound copy of the book will fetch a top bracket price for books of this genre.

Neumann is chiefly known for his occupation as a hunter of elephants in East Africa. What is not generally considered is that the years he spent in this activity took up only a short period of his life. During the remainder he fought in two wars, farmed in South Africa, spent a short time gold mining in the Transvaal in the 1870s, wandered and hunted on the Limpopo and Sabi rivers, operated as a trader and transporter in Swaziland, acted as a magistrate in Zululand, was an employee of the Imperial British East Africa Company, and authored a book plus several articles for another. He could not claim to be an explorer in the fullest sense, although he was the first white man to reach a few corners of East Africa.

This biography is the first serious attempt to describe Neumann's life and analyse his curious and somewhat lonely mentality. It should prove of considerable interest to those who make a study of the intrepid characters who broke trails in East Africa in bygone days, and Neumann, without question, was one of them.

Hardback with dustcover over original crimson boards with spine title in gilt. Signed and limited edition. Plus Book Launch Invitation Card for 18th March. 1993-4to. 352 pages. Illustrated with cooured and b&w photos.