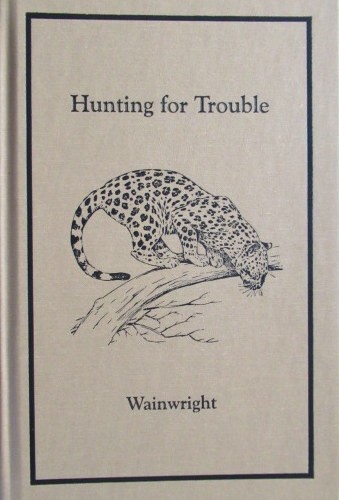 I have a story that must be told about hunting in Zambia and the vanishing breed of men who carried me through a wildly adventurous part of my youth. Hunting tales and other adventures that remain uppermost in my memory are told as they happened, without gloss. They reflect my personal experiences and those of other adventurers with whom I had the privilege of sharing many a campfire.

My stories speak of men and women, both black and white; some regretfully no longer with us, though their names are immortalized in our memories. These people play an important role in my narrative. Their deeds were accomplished in the name of hunting and conservation, and reflect their inherited culture of respect for the animals taken on safari that played the supreme role in the thrill of the chase.

These are stories of hunters, game rangers, and clients who survived harrowing, life-threatening. never-to-be-forgotten experiences. Some bear fading scars as mementos. Some of the tales tell of hunters' charmed lives spiced with uncertainty as they tested themselves and their clients under trying conditions in the belief that " life is sweetened by the risk of danger." Most of my clients, after completing their safaris, remain lifelong friends. Some encounters are quite memorable, others less so. There are successes and I admit, failures, but all are worth recording.

These chapters are sprinkled with various emotions- fits of humour, bouts of rage, and sadness through good and bad times. They include tales of the last black rhino hunted legally and of the dangerous work done while battling bands of poachers armed with military weapons supplied by corrupt government officials. While the stories often focus on the threats posed by dangerous beasts, such as a wounded leopard, they also illustrate that humankinds most deadly animal is man himself.

Biscuit and brown boards with leopard black vignette to upper board and Slipcase. Frontis +xi, map plus 275 pages text with supporting photographic illustrations.