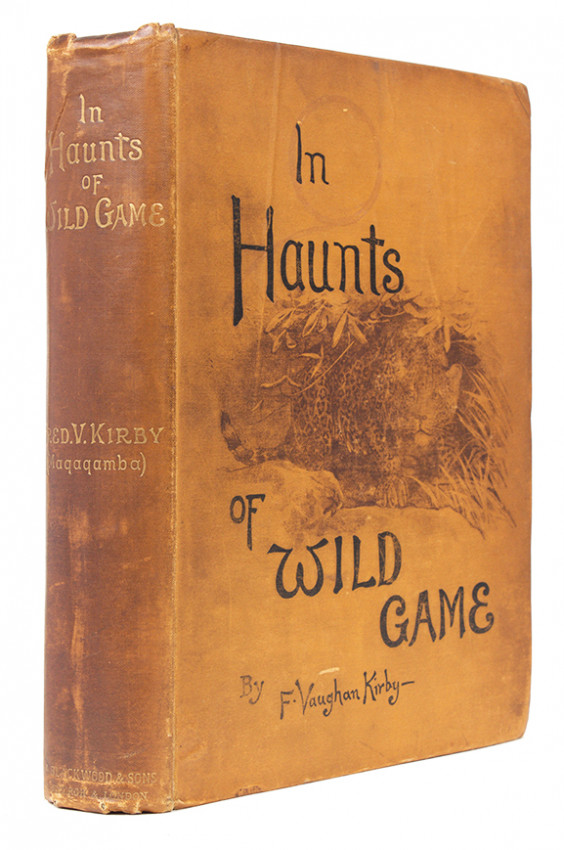 IN HAUNTS OF WILD GAME

Mendelssohn (Sidney) South African Bibliography Vol 1 page 832: An excellent hunting book on the game and wild animals of Portuguese East Africa and the Eastern Transvaal. The author, a hunter of the Gordon Cumming type, seems to have had the same keen sense of enjoyment of the chase, and delight in the free life which characterised the earlier hunter, although he does not appear to have shared in the habit of reckless slaughter for which the latter was generally noted. Few authors appear to have had so intimate a knowledge of the game animals of these districts and the information afforded as the lions of the country, and their habits is particularly valuable to hunters and naturalists alike'.

Czech (Kenneth): An Annotated Bibliography of African Big Game hunting Books, 1785 to 1999 page 152 -153 : One of the classics of African sport, this book describes the author’s hunting experiences in Portuguese east Africa and the eastern Transvaal. He relates hunting in the rugged Kloof country after bushbuck, kudu, and leopard. In the Khalamba foothills, he bagged buffalo, but was quick to blame the Boer Transvaal government for the decline in game numbers. He also hunted sable, giraffe, and wildebeest. Two long chapters on lion hunting are also featured. Complementing the text are excellent illustrations by Charles Whymper.’