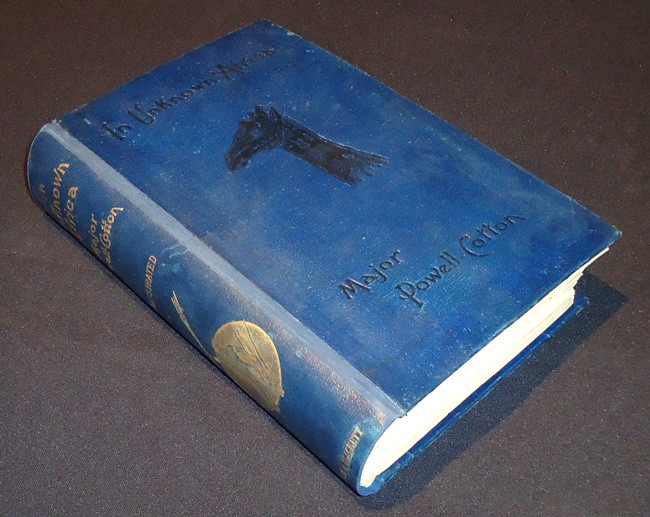 A NARRATIVE OF TWENTY MONTHS' TRAVEL AND SPORT IN UNKNOWN LANDS AND AMONG NEW TRIBES.

Czech (Dr. Kenneth) An Annotated Bibliography of African Big Game Hunting Books 1785 – 1999, (2011) page 226, ‘after the success of his sporting trip to Abyssinia, Powell-Cotton was determined to attempt another hunting expedition, this time to British East Africa, not only for sport but also to prove the existence of five-horned giraffe which Sir Harry Johnston had discovered. accompanied by shooting companion F. Cecil Cobb, the author proceeded to the Athi River where he bagged impala, rhinoceros and lion. Crossing the Tana, they spent time with the Kikuyu, then successfully hunted elephant. On the Baringo Plain, trophy kudu was collected as was lion. Powell-Cotton eventually bagged a five-horned giraffe before entering Masai territory where he hunted lion and rhinoceros as well as plains game. additionally elephant were taken after crossing the Etakatok River. Near Nt. Elgon, more lion and elephant were bagged. Additional hunts after hippopotamus and a variety of plains game continued and they approached the Nile.’

THE SCARBOROUGH TRAGEDY - ARTISTS' BOOK - ONE OF 75 COPIES