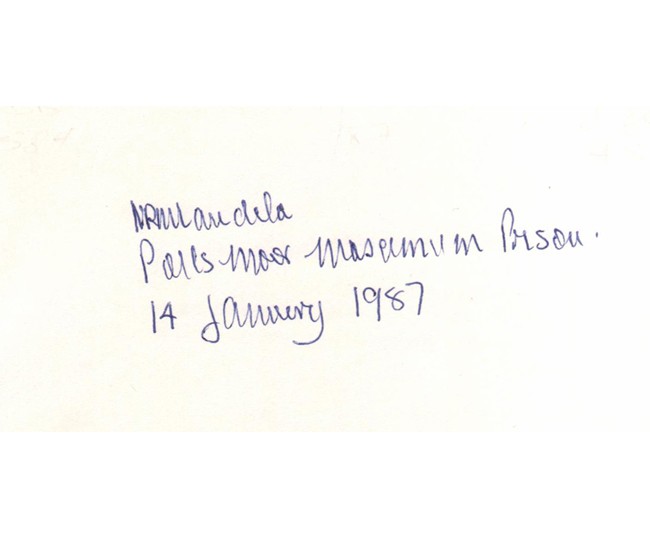 SUPPLEMENT, 68 pages, bound in light card covers, published in 1984, signed  ‘N.R. Mandela’ at the top of the front cover.

Mr Mandela was transferred from Robben Island to Pollsmoor Prison in April 1982. In December 1988 he was moved to Victor Verster Prison near Paarl.

This book is from a small collection of books given to Priscilla Jana, by Mr Mandela upon his release from prison in 1990.

Priscilla Jana, well-known human rights lawyer, represented Nelson Mandela, Walter Sisulu, Govan Mbeki, Archbishop Tutu and others. She was elected to Parliament in 2004 and served as Deputy Chair of the Portfolio Committee on Justice and Constitutional Affairs and was a member of the Law Commission on Security Legislation. She was appointed South African Ambassador to the Netherlands in 2001 and to Ireland in 2005.

HUNTERS OF THE AFRICAN SKY (Collectors' Edition signed by the authors)

Collection of 12 vols, including his first 2 books, From Drury Lane to Mecca and (foreword: J C&hellip;

THE REPUBLIC OF BOPHUTHATSWANA - First Edition with Slipcase (1977)