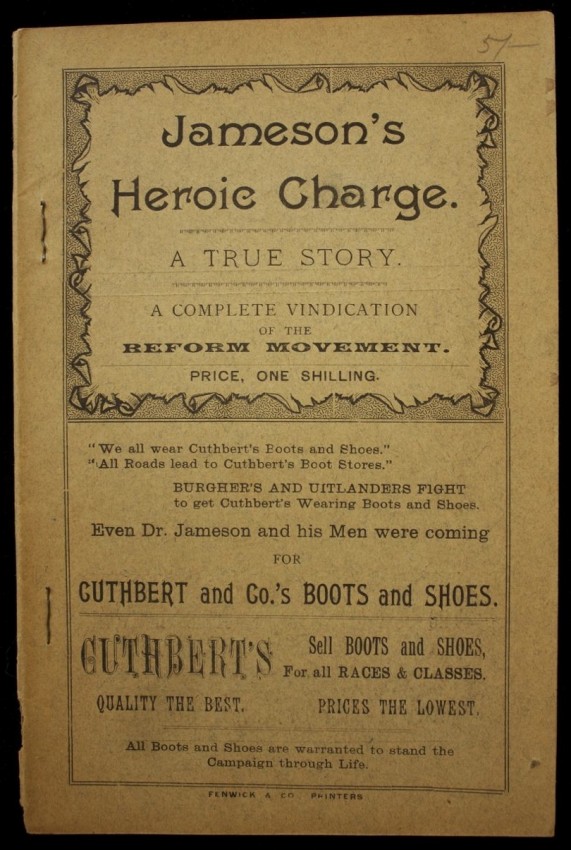 Jameson's Heroic Charge. A True Story. A Complete Vindication of the Reform Movement. (1896)

39pp. with adverts at the rear and a noteworthy advert on the front cover. Stapled binding.

Book is in fine condition considering its age. Pages white with no markings.