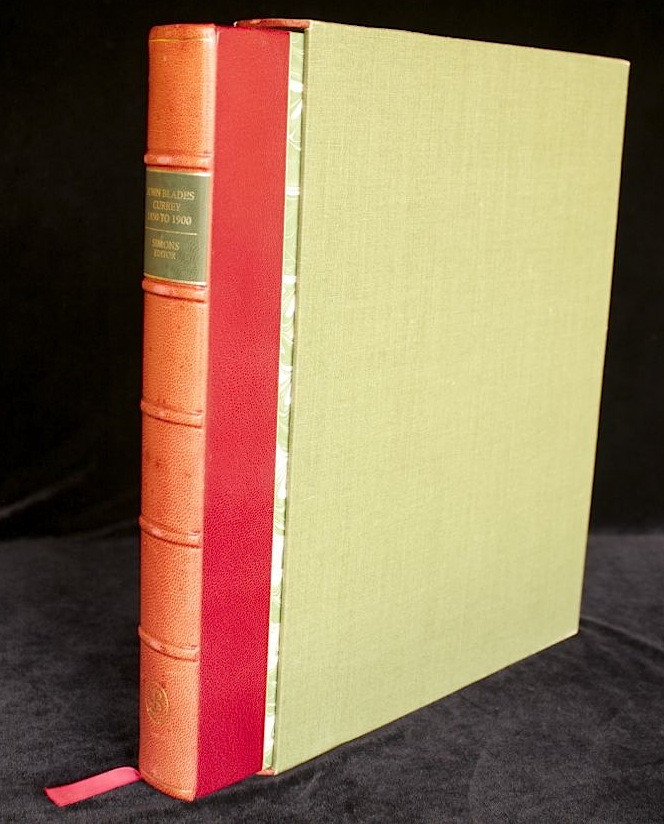 Publisher's de luxe edition limited to 125 copies of which this is #74.

This half-leather de luxe edition was bound in crimson goatskin by Peter Carstens of Johannesburg. The boards are done in hand-marbled paper. Top edge gilt with two ribbon bookmarkers housed in a matching slipcase.

This is the second title in the Brenthurst Second Series.

From the front flap of the dust jacket of the regular edition:

'The name of John Blades Currey (1829-1904) is seldom mentioned in histories of southern Africa. Indeed, the young Englishman who arrived at the Cape in 1850 made little direct impact on its story. He was nonetheless to become a profound influence on some of the Cape's most famous men and an astute chronicler of the political and social events of his time. His memoirs, published here for the first time, cover half a century of Cape history, from 1850 to 1900.

Soldiering, farming, copper-mining - Currey tried all these; then, on the advice of governor Sir George Grey he joined the Cape civil service. While in its employ in the late 1860's he was entrusted with the task of introducing to a sceptical Europe southern Africa's first diamond, the "Eureka". Later as secretary to the government of Griqualand West, he chose the new name of "Kimberley" for the burgeoning diamond-fields town of New Rush. But in 1875 Currey was blamed for the diggers' rebellion there, and this led to his dismissal from office and blighted his subsequently public career. While he was in Kimberley Currey befriended two young fortune-hunters, both of whom were to become renowned premiers of the Cape: Cecil John Rhodes and John X. Merriman. To both of them Currey was to remain a lifelong friend and counsellor.'