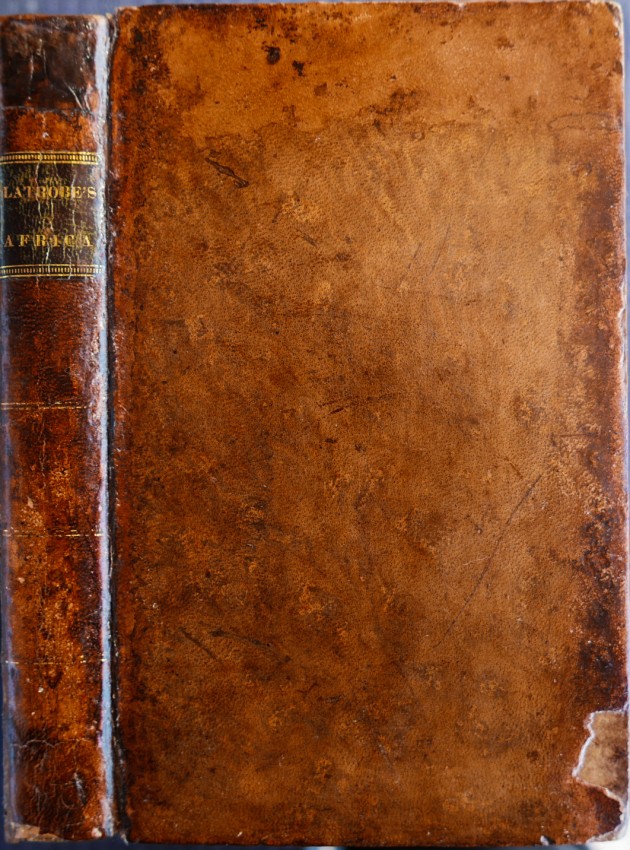 With some account of the Missionary Settlements of the United Brethren, near the Cape of Good Hope.

Published the same year as the first UK edition, this is the first US edition. vii, (1), 395pp. Original contemporary full leather cover with gilt title to spine label. Fold-out map to inside front cover. From the library of the well known South African authors, authorities on Livingstonia and esteemed collectors of Africana, Edna and Frank Bradlow, their Ex Libris paste-down to front free EP.

Moderate to heavy foxing throughout, mostly concentrated towards upper margins and not affecting legibility of text. Slight toning to text which despite this remains bright and clear throughout. Evidence of repairs made to spine hinges which remain flexible and secure. The book is still in good condition considering its 200 year age.

Prideaux describes this work as "a good specimen of the early literature on missionary effort, giving a sufficiently vivid record of personal experiences, native customs, and objects of natural interest that come under his notice ." The author was sent to South Africa by the United Brethren to assess possible locations for a new missionary station and to assist in the security of the existing stations at Groenekloof and Gnadendal. He travelled through a large part of the country right up to the Fish River and then returned to Cape Town by way of Plettenberg and Mossel Bays. Abbey Travel 325; Mendelssohn I, 866; Tooley 292; Prideaux p240. 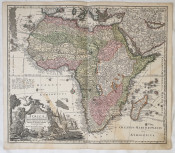 Through the Brazilian wilderness.